Rogue One adds to Disney’s studio momentum, but media still strongest | Media Investment | Business | News | Rapid TV News
By continuing to use this site you consent to the use of cookies on your device as described in our privacy policy unless you have disabled them. You can change your cookie settings at any time but parts of our site will not function correctly without them. [Close]

Although the latest Star Wars outing, Rogue One, is expected to lift Disney’s earnings into warp speed, an actual breakdown of Disney’s revenue profile shows that the movie segment is the least important to the company, behind the media segment and theme park revenues. 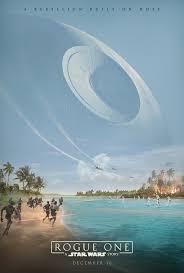 Rogue One was No 1 over the Christmas weekend, giving the film a second straight win at the box office and pushing Disney further past its record $7 billion in annual global ticket sales. The title beat four new releases, including Sing, Passengers, Why Him and Assassin's Creed, collecting $96.1 million in US and Canadian theatres.

But Disney remains strongest in media, where the House of Mouse is ranked No 2 behind Comcast. It earned $23.69 billion here for fiscal year 2016 as opposed to $9.44 billion from its studio entertainment segment.

Nonetheless, Rogue One will offer a serious lift to the studio biz, which is also growing quickly, while the media and theme park segments are not. To capitalise on the momentum, some say that Disney should pioneer a new business model approach.

“Speaking of Star Wars, potential traders should be concerned with the decline of movie theatres,” said Seeking Alpha analyst Ravi Bala, in a posting. “Due in part to Netflix's disruptive model, movie theatre tickets sales are declining at an alarming rate. In a dynamic environment, theatre assets, primarily the buildings and the space inside it, perform poorly. Real estate is a pretty useless asset because the tangible nature makes it difficult to innovate its business model.”

“Disney should try to forge a stronger alliance with Netflix,” Bala added. “Instead of giving Netflix first crack at the theatrical releases, it should phase out the theatrical runs and focus on releasing them only on the Netflix platform. It will take a while but it is the most rational fix.