Top video trends for 2017: more mobile, more automation | Media Investment | Business | News | Rapid TV News
By continuing to use this site you consent to the use of cookies on your device as described in our privacy policy unless you have disabled them. You can change your cookie settings at any time but parts of our site will not function correctly without them. [Close]

2017 is nearly upon us, and the video industry is bracing itself for significant changes in the year ahead. Notable trends include live-streaming uptake, mobile and social video, and infrastructure changes that favour automation and analytics. 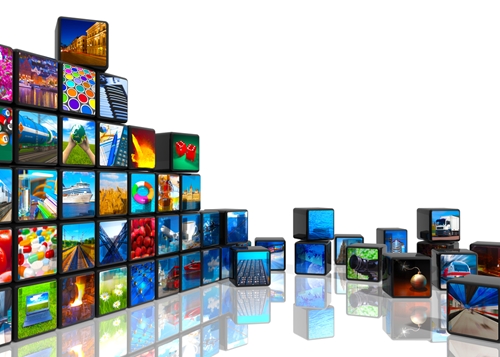 According to Oscar Wall, senior director at Ooyala, EMEA, the live-streaming trend will continue to ramp up. 2016 saw Facebook debut Facebook Live, Twitter stream NFL games across the globe and Hulu is to launch a live option in 2017.

“Publishers and broadcasters have a big opportunity, particularly in the news and sports sector,” Wall said. “Yet, as attractive an option as it is for publishers, finding the best way to monetise live content is still a process. The big question is how to use ads while still maintaining the customer experience? What’s the best ad load to content length, and how does that change depending upon device? Expect 2017 to be the year of setting standards for live ad monetisation, ad load and personalising the experience.”

Streaming services meanwile will face higher content creation costs as output demand increases in 2017. Netflix is set to invest an additional $1 billion in original content next year while other content giants like Amazon are also ramping up production to stay relevant, competitive and meet demands.

This increase in investment in original series content means more pressure on local providers to do likewise. “The challenge will be finding successful ways to minimise costs in other areas,” Wall noted.

“Notable is music streaming service Spotify, which already has a huge user base and is planning to enter the video arena with at least 12 shows in 2017,” he said. “We expect to see other big players shake things up like this in 2017.”

Part and parcel of this will be mobile platforms. Ooyala’s Q3 Video Index found that mobile video views topped 52% of all views in Q3 of 2016, a figure that is only likely to rise in 2017. Content providers have been embracing multi-device distribution strategies for a couple of years with their own platforms, but social is proving to be increasingly vital in video distribution. Publishers, broadcasters and content providers need to be wherever their audiences are.

“In 2017, providers of SVOD and AVOD services will concentrate on capitalising on the mobile revolution, launching new services (including augmented and virtual reality applications) to further tempt users,” Wall said. “If we can offer a word of advice here; social doesn’t have to be the be all and end all for a content strategy. A hybrid strategy, that still favours your owned and operated properties, will ensure you get first-hand data about how your audience is engaging, and which content is performing best. This data can help inform content creation and video strategies moving forward.”

On the infrastructure front, expect market demand for flexible production and complex syndication, along with overall desire to manage costs flexibly along with variable distribution revenue. For this to work, organisations must have a solid strategy in place to manage the transition from tape, file, SDI-based infrastructure to one leveraging the benefits of IP, including both premise deployed systems and cloud-based services.

In 2016 there was an explosion of demand to create multiple versions of assets, including clips, highlights and summaries, for marketing-only content or global distribution.

“The digital boom is to blame as content providers must meet the demands to deliver content to even more devices, platforms and syndication partners,” Wall said. “We will see this process of multiple versioning be planned for and incorporated into production cycles in 2017.”

And, in line with the increase in content production is the dawn of production automation; while already in use by some content creators it will now start being adopted across the video supply chain. Automation can be leveraged in both the creative and non-creative sides of video production. Content producers can eliminate many manual tasks and shorten production cycles to reduce errors; it increases productivity, speed and efficiency to help production companies meet exponentially increasing demands.

And finally, the ability to judge audience reactions in real time will become the new normal in 2017.

“Video analytics will grow to be about measuring reactions in close-to-real-time and making changes to content or ads immediately as needed,” Wall concluded. “The greater impact of this will be seen as engagement analytics begin to inform content production (TV, movie, news) curation and/or commissioning. Time-coded metadata can be collected by TV writers, producers and directors to tie social media comments back to an exact moment or event on a broadcast. These audience reactions can then be used to inform future storyline strategy.”