Egatel delivers Chile’s first high power DTT transmitter | Broadcast | News | Rapid TV News
By continuing to use this site you consent to the use of cookies on your device as described in our privacy policy unless you have disabled them. You can change your cookie settings at any time but parts of our site will not function correctly without them. [Close]

Spain’s Egatel has won the contract to supply, install and commission a 6.5kWrms ISDB transmitter for TVR in Santiago de Chile. 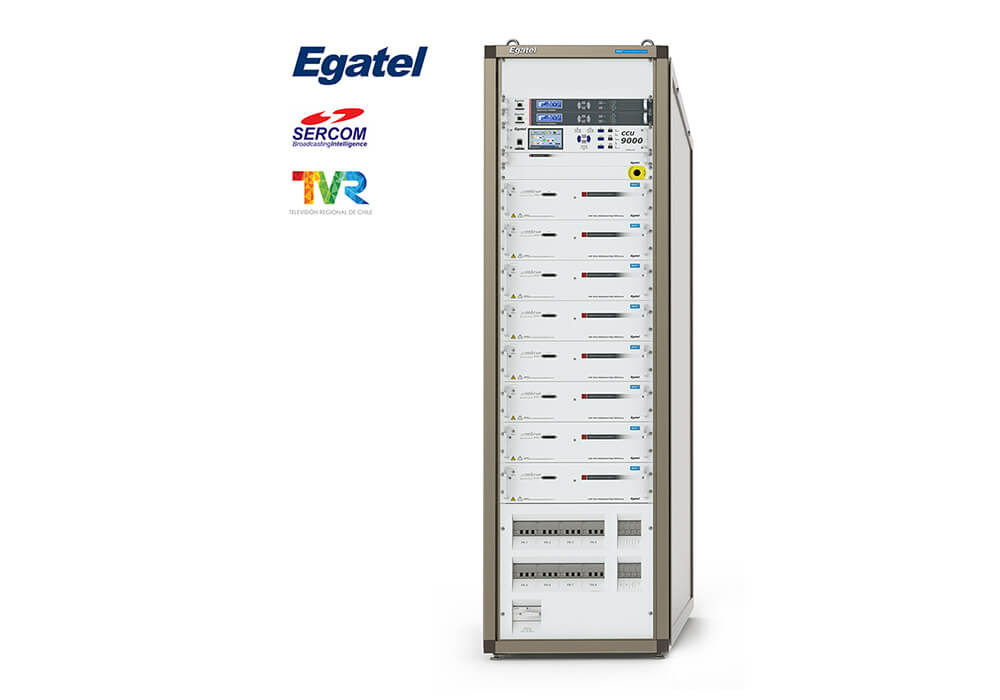 The agreement with the Chilean regional television, CNC Media, was inked through SERCOM, Egatel’s distributor in the country.

To ensure the best quality of service in the implementation of TVR in the country's capital, high redundancy options have been used in the transmitter including dual drive configuration, individual electrical protections per module, a heat exchanger with two high efficiency fans and a pump unit that contains two pumps in an active standby.

“We want to highlight the versatility of this transmitter series in which both energy efficiency and broadcast quality (MER) have been optimised in order to obtain the best quality in the coverage area and minimise operating costs,” said José M M Mariño, sales and marketing director, Egatel.

Egatel has been one of the key technology suppliers through Chile’s ongoing DTT transition. Three years ago, the broadcasting manufacturer’s digital transmitters were used for the deployment of digital TV in the Andean region.