Sony expands flagship movie channel to Freeview and Virgin | Deals | News | Rapid TV News
By continuing to use this site you consent to the use of cookies on your device as described in our privacy policy unless you have disabled them. You can change your cookie settings at any time but parts of our site will not function correctly without them. [Close]

The Sony Movie Channel is to undergo a rebrand and launch across the Freeview, Virgin, and Sky TV platforms in the UK on 10 January 2017. 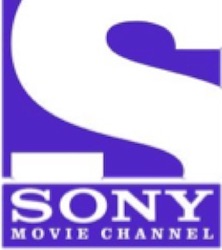 The move is being made as Sony Pictures Television Networks UK consolidates Movie Mix, previously available on Freeview and Virgin, with its flagship Sony Movie Channel, which offers a variety of contemporary and classic films. The company sees the consolidation as offering a way in which to present the best possible movie channel and maximise the potential of its film library.

The new channel will have an enhanced schedule, launching with 14 channel premieres in its first month including Godzilla, Twilight, Once Upon a Time in Mexico, Maid In Manhattan, The Mask of Zorro and Crouching Tiger Hidden Dragon.

Commenting on the move, Kate Marsh, executive vice president of Sony Pictures Television's Western Europe international networks division, said: “Sony has a rich cinematic heritage. With our knowledge and love of movies we want to present the best possible movie channel for audiences across the UK and build on our wide-ranging, successful Freeview channel portfolio. The cinematic new look reflects the new channel content offering - favourite movies you will know and love.”