Top Chef, Real Housewives head to Thailand | Deals | News | Rapid TV News
By continuing to use this site you consent to the use of cookies on your device as described in our privacy policy unless you have disabled them. You can change your cookie settings at any time but parts of our site will not function correctly without them. [Close] 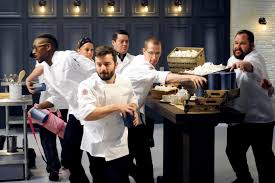 “The Real Housewives is a reality TV phenomenon which has proven compelling viewing for audiences across the US and around the globe,” said Yvonne Pilkington, SVP, format sales & production, NBCUniversal International Formats. “The deal with Kantana Group brings the franchise to Asia for the first time and it will be fascinating to see the culturally contrasting nature of the production and the Bangkok-based wives.”

Meanwhile, GMM ONE TV has commissioned a 13x90’ local series for Top Chef, which will be produced by The One Enterprise Company.

Emmy award-winning Top Chef premiered in the US on Bravo in 2006. Now approaching its 14th season, it has been produced in 21 territories around the world, including the Middle East, Vietnam, France, Spain, Italy, Mexico and Canada. The latest deal for Thailand was brokered by NBCUniversal International Formats’ Director, Format Sales Liaison, Linfield Ng.

A global ratings success, Top Chef sees a host of aspiring chefs face-off in a battle of culinary skill. Each week the chefs undertake challenges, which not only test their cooking prowess, but also their teamwork skills and stress endurance. In every episode, one chef has to pack up their knives and go home, until the last one standing is crowned Top Chef.

“Top Chef combines a dramatic and gripping reality competition with a fascinating insight into the hidden world of world-class cookery,” said Pilkington. “Having proven successful in Indonesia and Vietnam, we are glad to have GMM ONE TV on board to extend the format to the Thai population."