LCD TV shipments set for modest annual growth in 2016, 2017 | 4K/UltraHD | News | Rapid TV News
By continuing to use this site you consent to the use of cookies on your device as described in our privacy policy unless you have disabled them. You can change your cookie settings at any time but parts of our site will not function correctly without them. [Close]

Analysis by WitsView is calculating that worldwide shipments of LCD TV sets will have grown by 1.9% annually to around 220 million units by the end of this year. 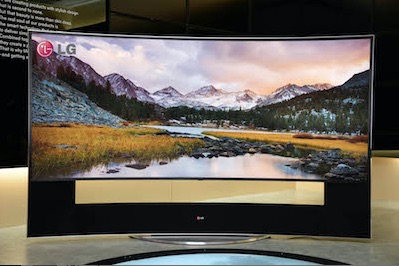 And such modest growth is forecast to continue into 2017, with the analyst seeing the US consumer market as being ‘bumpy’ in the short term due to the results of the country’s presidential election. WitsView notes though that if the US Federal Reserve decides to raise the key interest rates in 2017, domestic consumer spending will recover and the country will again play a major role in sustaining global TV sales. In all, WitsView forecasts that global TV shipments for 2017 will reach 225 million units, up 2.5% on the prior year.

Looking at who will be leading the market, the analyst says that South Korean brands Samsung and LGE will be shipment leaders in 2016 and 2017, while standings of trailing competitors may change depending on LeEco-Vizio deal. WitsView believes that both Samsung and LGE have the advantage of obtaining LCD panel supply in house and are going to rely more on their ODMs to make their products more competitive. It sees that ODMs with their own supply of panels can also help South Korean brands reduce the risk of panel shortage.

Yet Ricky Lin, research manager of WitsView, pointed out that China-based Internet brands such as LeEco — in the middle of acquiring Vizio and recently the subject of speculation regarding its finances — and Xiaomi have expanded rapidly in the global LCD TV market. “These Internet brands appeal to consumers with bargain-priced premium products,” said Lin. “A major brand whose direction will be under scrutiny in the future is China’s LeEco. LeEco is. If the Vizio deal is done, the combined TV shipments from the two companies might be able to propel LeEco to third place in the 2017 shipment ranking.”

WitsView also predicts that large-size TV sets will account for over 20% of the total shipments for 2017 while the 4KTV penetration rate will reach 31.5%. According to Lin, major development trends that will be unfolding in the LCD TV market next year include the increase in sizes and resolutions and the growing competition in niche, high-end product segments. Competitive focus of major brands will especially be on curved-screen and AMOLED technologies. It projects that the penetration rate of the 4K resolution in the global TV market will increase rapidly from 23.8% in 2016 to 31.5% in 2017. The Ultra HD-compatible set adoption will be driven by the increasing availability of video and gaming content that support this resolution standard.
Tweet