C More commissions reboot of iconic Scandinavian spy thriller | VOD | News | Rapid TV News
By continuing to use this site you consent to the use of cookies on your device as described in our privacy policy unless you have disabled them. You can change your cookie settings at any time but parts of our site will not function correctly without them. [Close] 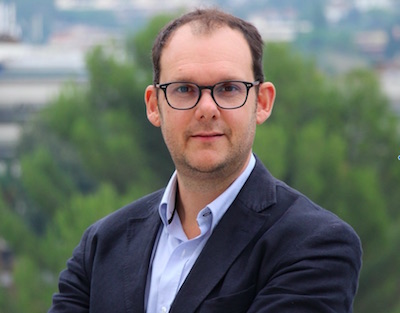 C More’s show is planned to go into production by the end of 2017 and is a co-production between Swedish IP-rights company IRLC, which is focused on Scandinavian scripted brands, and Dramacorp, which specialises in high-concept drama with international traction. Petter S Rosenlund, head writer of NRK’s The Heavy Water War (Saboteurs in the UK), is already confirmed as head writer, and an international writer room is currently being set up. Dramacorp and IRLC are now in discussion with additional international broadcast and co-production partners on the series.

“We've been looking for a strong local production with international potential for quite a while now, and with Hamilton, we really feel that we found what we've been waiting for,” said Josefine Tengblad, head of drama at C More and TV4. “It's one of the strongest brands in the Nordic countries with a main character that the audience loves. The story also has a theme that shines light on what is going on in our world today.”

Dramacorp’s Patrick Nebout, will executive produce the series together with Mia Sohlman, who recently produced SVT’s political thriller Blue Eyes. Nebout added: “There’s a good reason why the Hamilton books are the most popular spy thrillers in Nordic history: they’re inspired works of storytelling. Guillou writes with authority and authenticity, offering escapism that, unlike the James Bond end of the spy-thriller spectrum, is also totally and terrifyingly believable.”
Tweet