Virgin claims UK’s best and most advanced TV service | Cable | News | Rapid TV News
By continuing to use this site you consent to the use of cookies on your device as described in our privacy policy unless you have disabled them. You can change your cookie settings at any time but parts of our site will not function correctly without them. [Close]

Virgin Media’s return to TV has reached new levels with a step-change in its TV offer, launching a new advanced STB, a revamped TV anywhere app, a new TV tablet and the introduction of a media store. 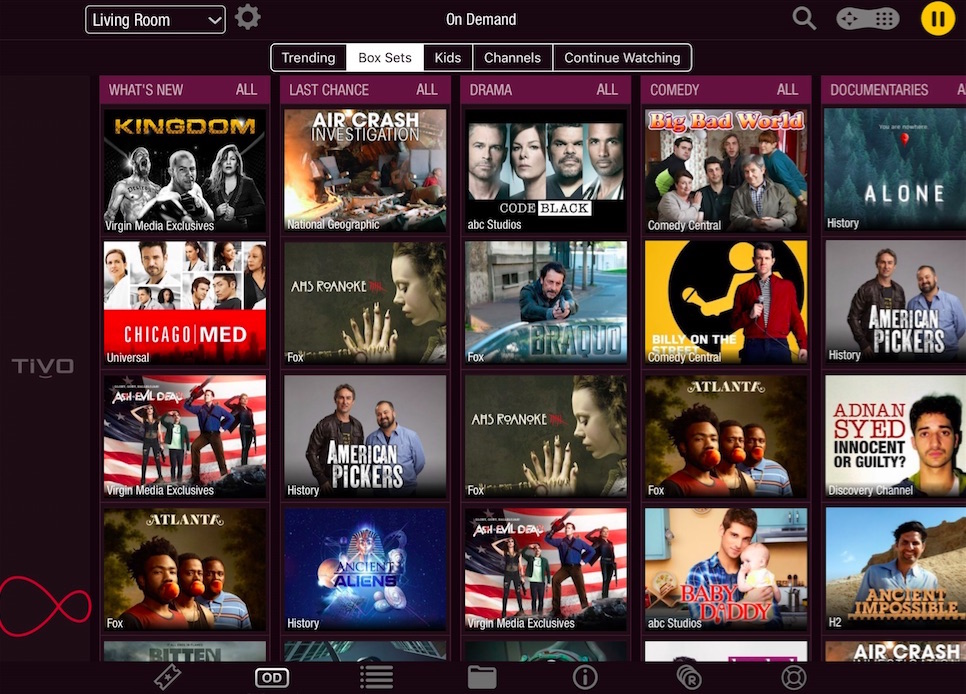 The new Virgin TV V6 box is described as the company’s smallest, smartest and fastest box yet and is the centrepiece of a new connected entertainment line-up that Virgin says will deliver the UK’s best and most advanced TV service. It adds that the combination of ‘smarter, faster’ products and services with top-notch programmes bringing people closer to their favourite TV shows.

The V6 box allows people to record six programmes while watching a seventh recording or stream from services such as iPlayer or Netflix. This increases to 12 simultaneous recordings with two Virgin TV V6 boxes. It is also designed so that recordings can be accessed and streamed on other TiVo boxes around the home, meaning that existing Virgin Media customers can keep recordings and transfer settings while updating their home entertainment.

All Virgin TV V6 boxes, including additional boxes around the home, support 4K Ultra HD TV with Netflix and YouTube available in 4K from launch. Virgin also promises more Ultra HD programming in the near future. The box is also high dynamic range (HDR) compatible so that as more HDR content becomes available a software update will be downloaded and Virgin TV customers can enjoy 4K content on compatible HDR TVs.

The V6 box is powered by TiVo software and built for apps and the new HD TellyTablet created by Virgin Media and designed specifically as a personal smart TV to watch television in HD quality. The app is available to all Virgin TV customers on iOS and Android and has been revamped to work seamlessly with the new V6 box and to let customers watch live TV, on-demand box sets and selected Virgin TV V6 box recordings. A range of box sets, as well as live TV, will also be available out-of-home over a Wi-Fi connection, alongside what is claimed to be the unique ability to remotely set, cancel and delete recordings on the Virgin TV V6 box.

The Virgin TV TellyTablet is a personal smart TV designed and built to watch television in HD quality around the home and runs on Android OS (Marshmallow). It boasts a seven to eight hour use time battery life; 32GB of memory that can be upgraded with a Micro SD card; two USB ports; and optimised Wi-Fi connectivity for use with routers such as Virgin Media’s Hub 3.0.

Commenting on the launch of Virgin TV, David Bouchier, chief digital entertainment officer at Virgin Media, said: “Our new Virgin TV line-up raises the bar in home entertainment ... This is game-changing TV. The way we are all watching TV is changing. That’s why our Virgin TV anywhere app binds everything together to give our customers the freedom and flexibility to watch the very best TV and manage recordings wherever they are. For too long viewing TV on wireless devices has been secondary to other uses.”
Tweet