Pakistan regulator issues three DTH licences | Broadcast | News | Rapid TV News
By continuing to use this site you consent to the use of cookies on your device as described in our privacy policy unless you have disabled them. You can change your cookie settings at any time but parts of our site will not function correctly without them. [Close] 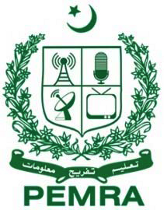 Mag Entertainment, Shahzad Sky and Startimes Communication are the lucky bidders who will now run DTH operations in Pakistan for 15 years, after a long bidding contest between 12 shortlisted companies.

“This is the biggest investment in Pakistan’s electronic media history. The current analogue distribution system is offering a maximum of 80 channels while the DTH would increase the capacity to around 120, and each local DTH licence holder is expected to have at least 500,000 subscribers,” said Absar Alam, chairman, PEMRA.

Absar Alam congratulated all the bidders who participated. He added that it took the country 14 years to convert to DTH broadcast technology.

The bidding process had drawn protests from the country’s cable operators and a stay order from Lahore High Court, but has been considered a success by PEMRA and other officials.

Defence Minister Khawaja Asif tweeted: “All TV channels together give eight crores to govt in a year. In a single day, 900 crore so far committed for three DTH licences. chuk k rakh PEMRA.”