Turner draws on European Television Service for new animation | Deals | News | Rapid TV News
By continuing to use this site you consent to the use of cookies on your device as described in our privacy policy unless you have disabled them. You can change your cookie settings at any time but parts of our site will not function correctly without them. [Close]

The first animated production by Italian independent broadcast firm European Television Service has been sold to Turner for transmission on the Boing channel. 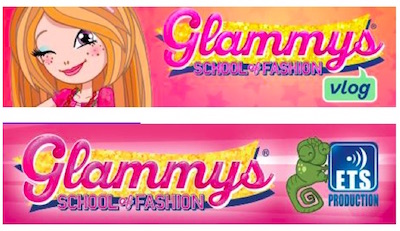 The new short comedy series, Glammys - School of Fashion is realised as a video blog (vlog) and comprises 13x2' animated clips following the stories of a group of boys and girls passionate about fashion and attending a famous school to fulfil their ambition to become the future stars of the fashion business. It aims to inspire and entertain a target of 6–9 year olds, mainly girls, but European Television Service is confident that the series will receive the interest of a wider audience, including boys and older girls.

Each episode of the programme — which will run in Italy, France, Belgium, Luxembourg, Monaco, Switzerland and French-speaking Africa — features a different character presenting herself/himself to the audience through one of the many fun adventures happening during lessons and involving schoolmates and teachers. The vlog was realised in 2D digital (Harmony) by Maga Animation, the Italian studio behind the recent Extreme Football (Foot2Rue Extrême) production.