Globecast gets Papal blessing for 4KTV | 4K/UltraHD | News | Rapid TV News
By continuing to use this site you consent to the use of cookies on your device as described in our privacy policy unless you have disabled them. You can change your cookie settings at any time but parts of our site will not function correctly without them. [Close]

Globecast gets Papal blessing for 4KTV

Globecast is partnering with Vatican Television to bring the Consistory and the Holy Door Closing Ceremony to viewers around the world in Ultra HD (UHD). 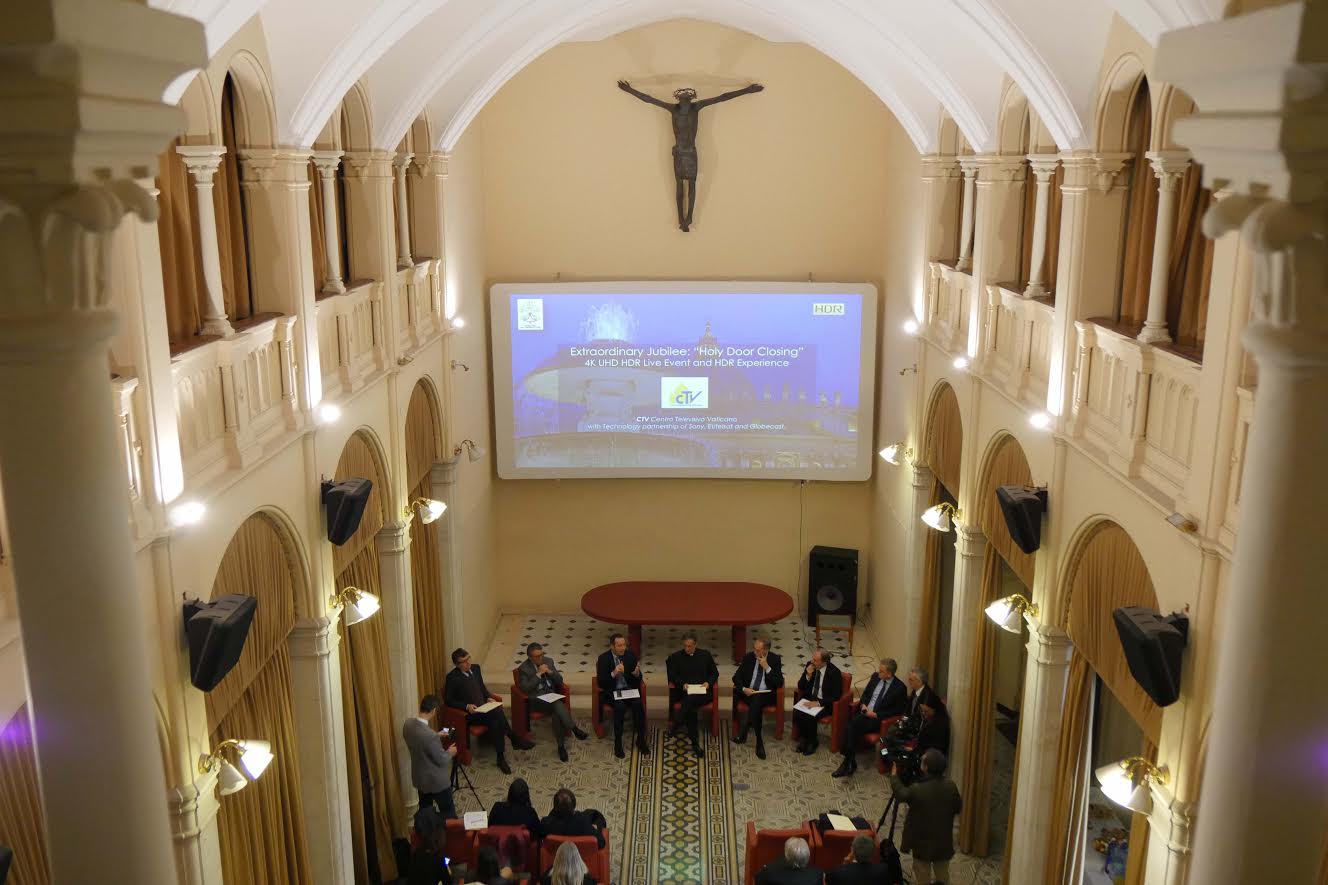 The ceremonies take place on 19 and 20 November in Saint Peter’s Square in the Vatican City.

“Globecast is pleased to confirm once again its leading role in introducing Ultra HD as the next TV standard,” said Alessandro Alquati, managing director at Globecast Italy. “We are excited to be one of the official partners of Vatican Television and Radio Vaticana, carrying out the worldwide satellite transmission of the event in UHD.”

Globecast is working closely with Sony and Eutelsat for the production and transmission of the events. Globecast will deploy its SNG mobile units to transmit the live HD and UHD satellite feeds that will then be distributed worldwide via Eutelsat’s fleet.

Alquati added: “Following on from our successful transmissions of the Pope’s Canonisation Ceremonies in 2014 and the Holy Door Opening Ceremony in 2015, it has been natural for us to cooperate with Vatican TV and our partners on these new important events. We’re extremely proud to make available our technical resources and business acumen for this event.”
Tweet