Telefónica’s Colombian head steps down | IPTV | News | Rapid TV News
By continuing to use this site you consent to the use of cookies on your device as described in our privacy policy unless you have disabled them. You can change your cookie settings at any time but parts of our site will not function correctly without them. [Close]

Ariel Pontón, the head of Telefónica’s operations in Colombia, is stepping down and leaving the company after 25 years. 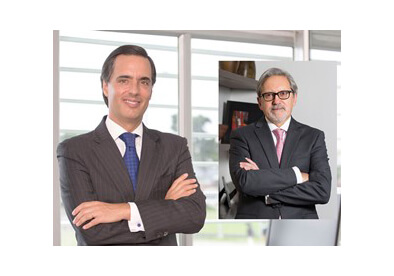 The telco, which has in Colombia one of its largest markets outside Spain, has already found a replacement in Alfonso Gómez Palacio. Having worked for the company since 2006, Palacio was most recently executive president of Telefónica Colombia and will now take up the role of president and CEO.

With almost half a million IPTV and cable subscribers, Telefónica has a solid position in Colombia’s pay-TV sector, Latin America’s fourth largest market.

Pontón has spent most of his career within Telefónica, having worked for the company in Argentina for 20 years, leading the telco’s Colombia operations since 2008.

“He led the commercial position of Movistar as telecoms operator, helping to launch 4G LTE services and improving TV, fixed and mobile offerings,” said the company in an official statement.
Tweet