Discovery taps 560 Media for rights revenue collection | Infrastructure | News | Rapid TV News
By continuing to use this site you consent to the use of cookies on your device as described in our privacy policy unless you have disabled them. You can change your cookie settings at any time but parts of our site will not function correctly without them. [Close]

In its first deal with a major broadcaster, recently launched UK-based global rights collection agency 560 Media has inked a deal with Discovery Communications under which it will collect revenues generated by secondary TV rights. 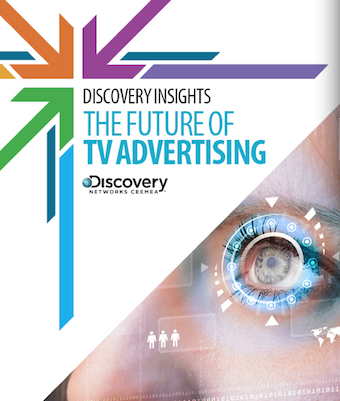 Discovery joins a roster of almost 40 producers and distributors who have signed up to the agency since it launched in December 2015. In the last month alone, UK indie Hat Trick and distributor TCB Media Rights have opted for a bespoke system for the registration, monitoring, collecting and dispersal of royalties.

560 Media calculates that the UK secondary television-rights market alone is worth an estimated £50 million per year, yet it warns that the potentially lucrative income stream for TV and film content-owners often remains unpaid because of the specialist, labour-intensive work needed to track and claim payments for secondary royalties, such as retransmission, educational copying, private copying and rental and lending.

To address these issues, 560 Media registers its clients’ IP with the 40 international collection agencies that exist across the world. It also offers account management and secure, transparent systems and technology to enable clients to track, manage and collect the revenues due to them.

Commenting on the deal, James Bryant, Discovery director of global music services, said: “During the past 18 months Discovery Communications has reinforced its focus on secondary rights management for our catalogue of high quality content, which satisfies curiosity, entertains, and inspires viewers worldwide. 560 Media’s fresh and flexible approach to catalogue representation will assist Discovery in this specialist area, allowing us to maximise remuneration in the international arena.”

Added 560 Media founder and CEO John O’Sullivan: “We offer content-owners a forensic analysis of what’s owed to them from a service that is crucial in today’s super-competitive global content market, and where maximising earning power is no longer a luxury but essential for survival.”