Fewer than 2% of Spanish Internet homes have Netflix | VOD | News | Rapid TV News
By continuing to use this site you consent to the use of cookies on your device as described in our privacy policy unless you have disabled them. You can change your cookie settings at any time but parts of our site will not function correctly without them. [Close]

Fewer than 2% of Spanish Internet homes have Netflix 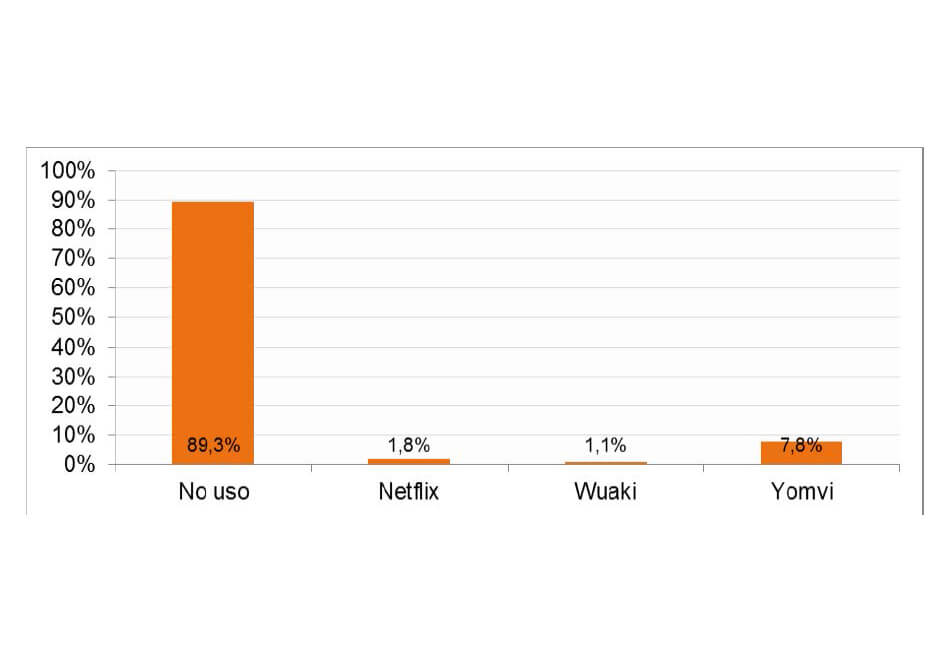 Even though the subscription video-on-demand (SVOD) service doesn’t deliver country-by-country figures, a report about Spain’s online habits shows over 200,000 homes out of the almost 14 million households with broadband Internet access are subscribing to Netflix.

According to the report published by the Comisión Nacional de los Mercados y la Competencia (CNMC), Spaniards spend over one hour per day watching online content, but most of it is for free. The report also reveals that the younger the demographic, the higher online video consumption.

Online platforms from the free-to-air (FTA) networks, which deliver video-on-demand (VOD), live and catch-up content for free lead TV consumption through the Internet in Spain. Atresmedia’s Atresplayer is used by 45% of people who regularly use these kinds of services, while RTVE.es is selected by 37% and Mediaset’s Mitele by 34.8%.

One in ten Spaniards uses subscription-based over-the-top (OTT) services to watch TV and video, with Telefónica’s Yomvi (formerly Canal+) being used in 7.8% of the Internet homes. Netflix, which landed in Spain a year ago, is subscribed to by 1.8%, TotalChannel by 1.5% and Wuaki.tv by 1.1%.
Tweet