Teaming with telcos, pay-TV platforms “critical” to SVOD take-up in Asia | VOD | News | Rapid TV News
By continuing to use this site you consent to the use of cookies on your device as described in our privacy policy unless you have disabled them. You can change your cookie settings at any time but parts of our site will not function correctly without them. [Close] 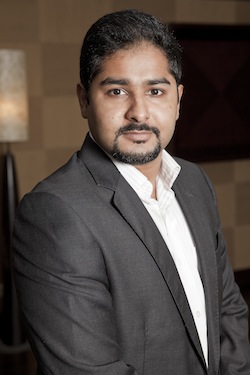 Subscription video-on-demand (SVOD) platforms are new to the region, with operators still building awareness to sign up users to a trial plan before eventually converting them to paid subscriptions, says MPA’s latest report, which covers the markets of Hong Kong, Indonesia, Malaysia, Philippines, Singapore and Thailand. It is a “long and arduous” journey for the SVOD platforms, says the report.

“In four of the markets surveyed – Hong Kong, Singapore, Malaysia and Philippines – local players have taken the lead when it comes to building awareness and conversion, led by incumbent pay-TV and free TV operators, a number of which are reliant on local and Asian content, and in certain cases, sports,” said Aravind Venugopal, vice president, MPA.

“Global and pan-regional SVOD services focused on providing international content are fighting to take the lead, though conversion has been low in general. In terms of both awareness and conversion, Netflix and iflix both lead in selected markets, with Viu also robust across most markets,” he added.

MPA’s Asia Video Consumer Panel looked at how consumers engage, use and interact with video content in emerging and mature markets, with a 1,000 user panel size in each market, taking in millennial and older demographics as well as skewing towards mobile consumption in emerging markets such as Indonesia, Malaysia, Philippines and Thailand.

The importance of bundling and over-the-top (OTT) integration deals with telecommunications and pay-TV operators to drive adoption has emerged as key for the region. Most survey respondents indicated that they opted for OTT services via their telco or pay-TV operator, said MPA. Netflix was an exception, however, with a high proportion of subscribers indicating that they opted for a direct sign-up.

The ability to stream online video to TV, followed by the ability to download, was most often cited as an essential requirement for SVOD users. ‘Day and date’ content was also important, particularly when it comes to Hollywood movies, closely followed by new Korean dramas, new Chinese dramas and new Hollywood series. Sports is also increasingly important, MPA found.

Many users also complained of difficulty in locating or finding shows in all the SVOD services – even Netflix – which points to either a lack of content or limitations of the UI / UX, says MPA. Poor dubbing and subtitling was also criticised by some respondents.

In Thailand, Indonesia and Hong Kong, the consumption of pay-TV has declined, with streaming and on-demand services accounting for “a vast majority of content needs,” MPA found. In Hong Kong, for example, the incumbent pay-TV operator Now TV is driving the legal consumption of streaming video services.

Piracy remains a significant problem, with 5-10% of the surveyed base admitting to using a pirated set-top box to access premium content. However, with respondents also topping up their pre-paid credit balances over three times a month on average in the Philippines, Thailand and Malaysia, some consumers are clearly willing to pay for SVOD services.
Tweet