WWE showcases Cruiserweight Division with 205 Live | Programming | News | Rapid TV News
By continuing to use this site you consent to the use of cookies on your device as described in our privacy policy unless you have disabled them. You can change your cookie settings at any time but parts of our site will not function correctly without them. [Close] 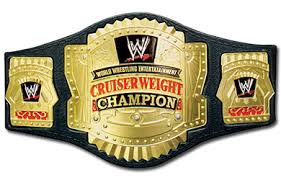 205 Live will premiere 29 November and will be called by Mauro Ranallo, the voice of SmackDown Live, and Corey Graves, colour commentator for Monday Night Raw.

“205 Live is a natural progression to showcase the depth of our roster,” said Paul Levesque, WWE EVP, Talent, Live Events & Creative. “With world-class talent, 205 Live will be a must-see programme on WWE Network.”

Michelle Wilson, WWE chief revenue and marketing officer, added, “With the addition of 205 Live to an already robust programming schedule, WWE continues to enhance the value of WWE Network for our subscribers. We take pride in listening to our fans and delivering even more live, premium content that they are asking for.”