China to provide half Asia-Pacific’s 157MN VOD subscriptions by 2021 | VOD | News | Rapid TV News
By continuing to use this site you consent to the use of cookies on your device as described in our privacy policy unless you have disabled them. You can change your cookie settings at any time but parts of our site will not function correctly without them. [Close]

Video-on-demand (VOD) services in the Asia-Pacific region will be paid for by 157.78 million viewers by 2021, with almost half located in China, predicts Digital TV Research. 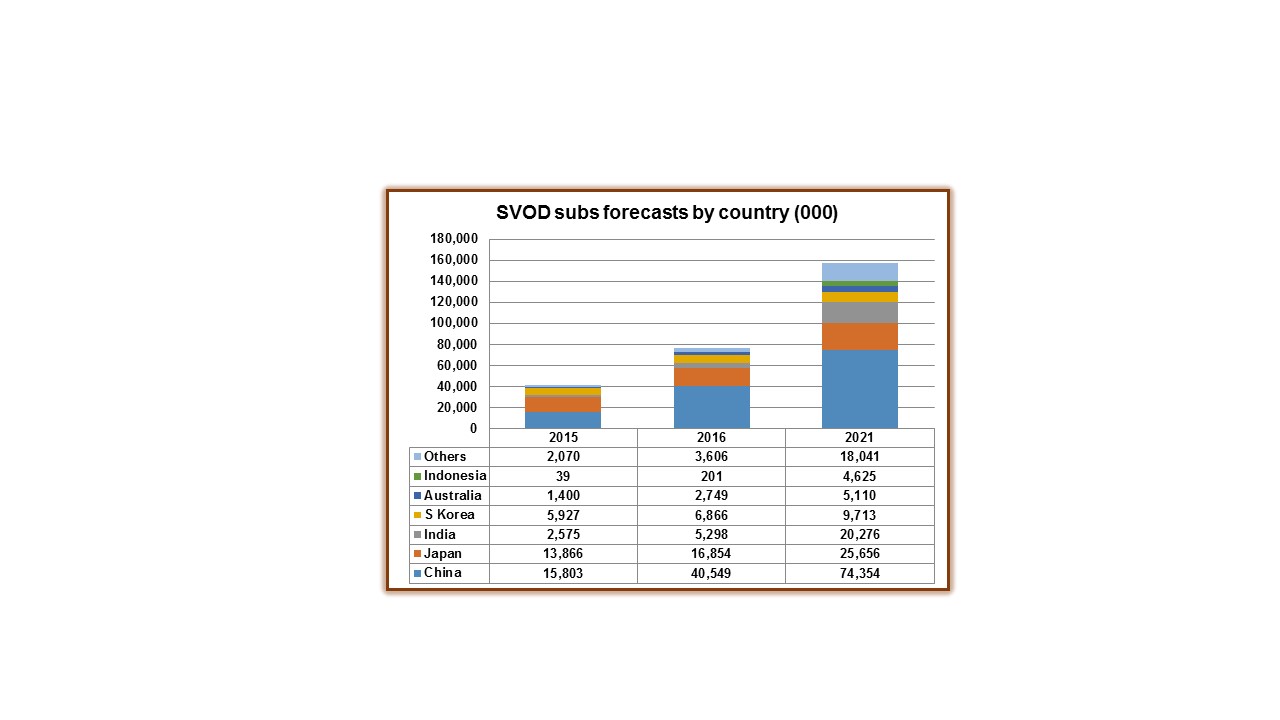 By 2021, a total of 17.5% of TV households in the 17 Asia-Pacific countries studied will subscribe to VOD services, up from just 5.1% at the end of 2015 and 9.1% expected by the end of this year. Penetration rates across these countries will vary enormously from 53.5% in Australia to 8% in Pakistan. Four countries will have above 50% penetration for SVOD platforms.

“Although Netflix, Amazon, Iflix, HOOQ and Viu will enjoy rapid growth, they will collectively only account for 16% of the region’s SVOD subscribers by 2021,” said Simon Murray, principal analyst, Digital TV Research.

“Netflix is forecast to have 7.59 million subscribers in the region by 2021, up from 3.17 million at end-2016. Australia, Japan, Korea and New Zealand will together account for nearly three-quarters of the total. Netflix is considered expensive in most other countries. We do not believe that Netflix will launch as a standalone platform in China,” he added.
Tweet