MIPCOM 2016: Asian co-production announced for Barangay 143 | Deals | News | Rapid TV News
By continuing to use this site you consent to the use of cookies on your device as described in our privacy policy unless you have disabled them. You can change your cookie settings at any time but parts of our site will not function correctly without them. [Close] 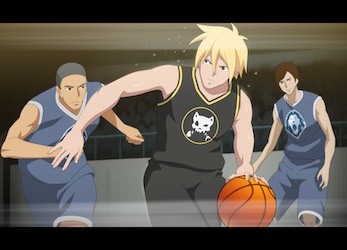 The series, Barangay 143, will target young adults, in its gritty tale of life, love and basketball. The content will initially be produced in Tagalog by an all-Filipino cast, and will be distributed internationally by August Rights (August Media Holdings’ distribution arm) and TV Asahi.

“Our collective decision to tell this story of Barangay 143 is a result of extensive focus group research and a creative process that has been exciting to say the least. Given the increasing popularity of animated titles among young adults, we believe time is right for South East Asia to deliver its first anime series of this magnitude for the regional and global markets. TV Asahi with their track record also makes the perfect partners for this,” said Jyotirmoy Saha, CEO, August Media Holdings.

Takahiro Kishimoto, head of animation, International Business Department, TV Asahi, added: “Collaborating with the talents and the creative team in the Philippines and producing such a significant show for South East Asia and the rest of the world in Japanese anime style has been an immensely challenging but great working experience for us. We hope this venture will open new doors not only for ourselves but the entire Japanese animation industry,” said.

The animated series, which will be introduced in spring 2017, will follow a subscription game with a mobile telco and a consumer product line for Barangay 143.

“We’re truly enjoying the coming together of this series as a 360 degree concept,” added Jackeline Chua, managing partner of Synergy88 Entertainment Media Inc.