Online video leaders’ programming spend exceeds traditional broadcasters | Media Analysis | Business | News | Rapid TV News
By continuing to use this site you consent to the use of cookies on your device as described in our privacy policy unless you have disabled them. You can change your cookie settings at any time but parts of our site will not function correctly without them. [Close]

The extent of the development of online providers has been revealed by IHS Markit research showing that Netflix and Amazon spent $7.5 billion on programming in the last year, more than CBS, HBO and Turner. 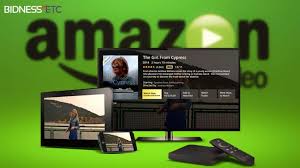 Moreover, the World TV Production Report 2016 research also showed that between 2013 and 2015, the online video and SVOD leaders more than doubled their annual expenditure with Amazon’s investment jumping from $1.22 billion in 2013 to $2.67 billion in 2015, while in the same time Netflix splashed out $2.53 billion more to total $4.91 billion. The analyst reported that other principal online platforms — such as Hulu in the US and China’s Youku Toudu, iQifyi and Tencent —have also increased their investment in original programming and acquisitions.

“The levels of investment we are seeing from Netflix and Amazon are only topped by Disney ($11.84 billion) and NBC ($10.27 billion),” said IHS Technology senior principal analyst Tim Westcott. “In what Netflix calls the era of internet TV, more and more consumers are watching content online, shaking the foundations of the traditional TV industry,” Westcott said. “However, it’s premature to declare that the era of linear TV is already over, and Netflix and Amazon have come hard on the heels of a boom in production of original drama and comedy by the likes of AMC and FX in the US."

The analyst estimated that the US represented a third of worldwide expenditure on TV programming, with $43 billion invested across free-to-air, pay-TV and online. The mature Western European region was the next largest, investing $38.6 billion, or just under one third of the total. The biggest markets in Western Europe were the UK with $10.7 billion, Germany ($7.3 billion), France ($6.6 billion) and Italy ($4.6 billion).