Deutschland83 sequel confirmed | Programming | News | Rapid TV News
By continuing to use this site you consent to the use of cookies on your device as described in our privacy policy unless you have disabled them. You can change your cookie settings at any time but parts of our site will not function correctly without them. [Close]

UFA Fiction in co-operation with Amazon, FremantleMedia International and UFA Distribution, has revealed that it is to begin work in 2017 on a sequel to its multi-national hit Deutschland83. 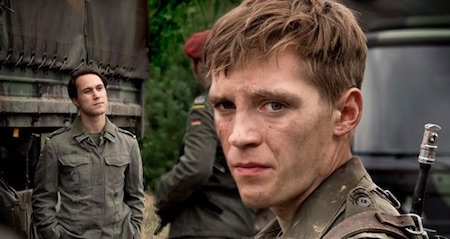 The series has won a number of international and national awards and is currently nominated for the International Emmy Awards 2016 in the Best Drama Series categories.

Created once more by Anna Winger and Jörg Winger, Deutschland86 is set three years later and picks up the story of East German Agent Martin Rauch (Jonas Nay) and his compatriots in the Stasi Foreign Intelligence in 1986. Martin has been banished to Africa until Aunt Lenora recruits him to fight again for communism in the Global Cold War. Set against the backdrop of real events during the last Summer of Anxiety, when terrorism raged across Western Europe, the mission takes Martin to Johannesburg, Tripoli, Paris, West Berlin and finally back to East Berlin, where he is forced to face new realities at home.

In the UK, Deutschland83 premiered on Channel 4 to celebrate the launch of Walter Presents, the free foreign-language on-demand service available exclusively in the UK via Channel 4’s digital hub All 4. On its UK premiere in January 2016, Deutschland83 became the highest-rated foreign language drama launch in UK TV history.

Speaking about the sequel, curator Walter Iuzzolino said: “We are proud be the UK home of this extraordinary blockbuster series. Deutschland83 marked a defining moment in the history of subtitled drama, becoming a cultural phenomenon and a much loved title for millions of British fans. We are delighted to continue our partnership with the creative team for the second season.”