Chile makes TV cornerstone of natural disaster alarm system | Infrastructure | News | Rapid TV News
By continuing to use this site you consent to the use of cookies on your device as described in our privacy policy unless you have disabled them. You can change your cookie settings at any time but parts of our site will not function correctly without them. [Close]

Chile’s TV association has announced it is developing an alert system for tsunamis and volcano eruptions in which television will be key. 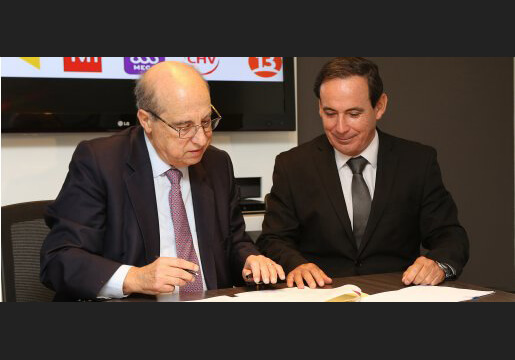 For the next three months the Asociación Nacional de Canales de Televisión (ANATEL) and the Oficina de Emergencia del Ministerio del Interior (ONEMI) will work together to develop a new system to communicate emergency messages to the population.

All free-to-air (FTA) networks associated with Anatel, including TVN, Telecanal, Mega and Canal 13, will be part of the new system.

The initial plan is to co-develop an alarm signal which will automatically display on all the screens across the country when an emergency situation is taking place.

“We are aware of the important role TV has in emergency situations,” said Ernesto Corona, president, ANATEL. “This is why we have been willing to collaborate to design, through our technical teams, a new system that lowers risks for the population.”

“The idea is to be able to alert the entire population within the first minutes after a natural disaster has occurred,” added Ricardo Toro, director, ONEMI. “The system will be complementary to the regional alert systems.”