Lack of broadband access threatens LATAM OTT growth | OTT | News | Rapid TV News
By continuing to use this site you consent to the use of cookies on your device as described in our privacy policy unless you have disabled them. You can change your cookie settings at any time but parts of our site will not function correctly without them. [Close] 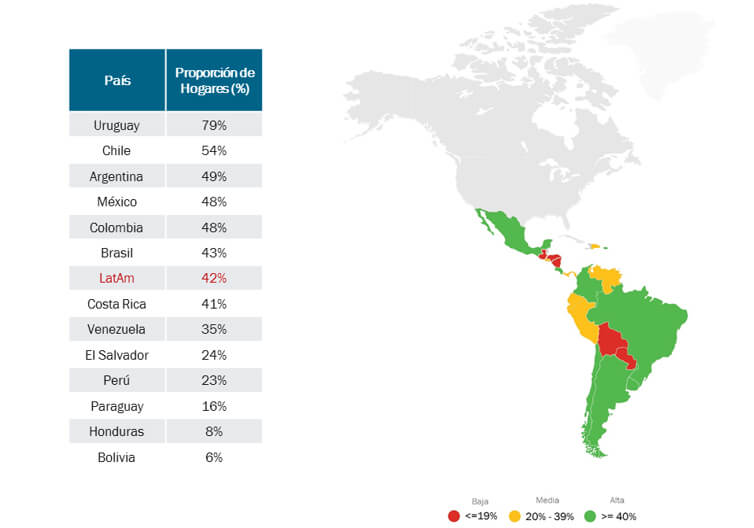 Looking at the big picture, barely four in ten LATAM households have access to broadband, with Uruguay leading penetration rates with an impressive 79% of homes, followed by Chile (54%), Argentina (49%), Mexico and Colombia (48%) and Brazil (43%), according to a report from the Competitive Intelligence Unit (CIU).

Most LATAM countries fall way below the average figures. Central America seems to have failed to extend its broadband connectivity, with an average 20% penetration and countries like Guatemala (17%), Nicaragua (16%) and Honduras (9%) being at the bottom of the pile.

According to the CIU, low income is the main reason driving these low penetration figures, as Chile and Uruguay, which show the highest rates in the region, also have the highest GDP per capita. Besides, lack of competition and highly concentrated markets contribute to lower investment in infrastructure and higher prices.

Such figures bring doubt to the future of OTT services in the region, just when reports are talking of booming business in the region. In fact, the majority of offers, services and users are currently concentrated in the most developed markets like Mexico, Argentina and Brazil.
Tweet