IPTV/Kodi piracy a growing threat in the UK | Security | News | Rapid TV News
By continuing to use this site you consent to the use of cookies on your device as described in our privacy policy unless you have disabled them. You can change your cookie settings at any time but parts of our site will not function correctly without them. [Close]

IPTV/Kodi piracy a growing threat in the UK 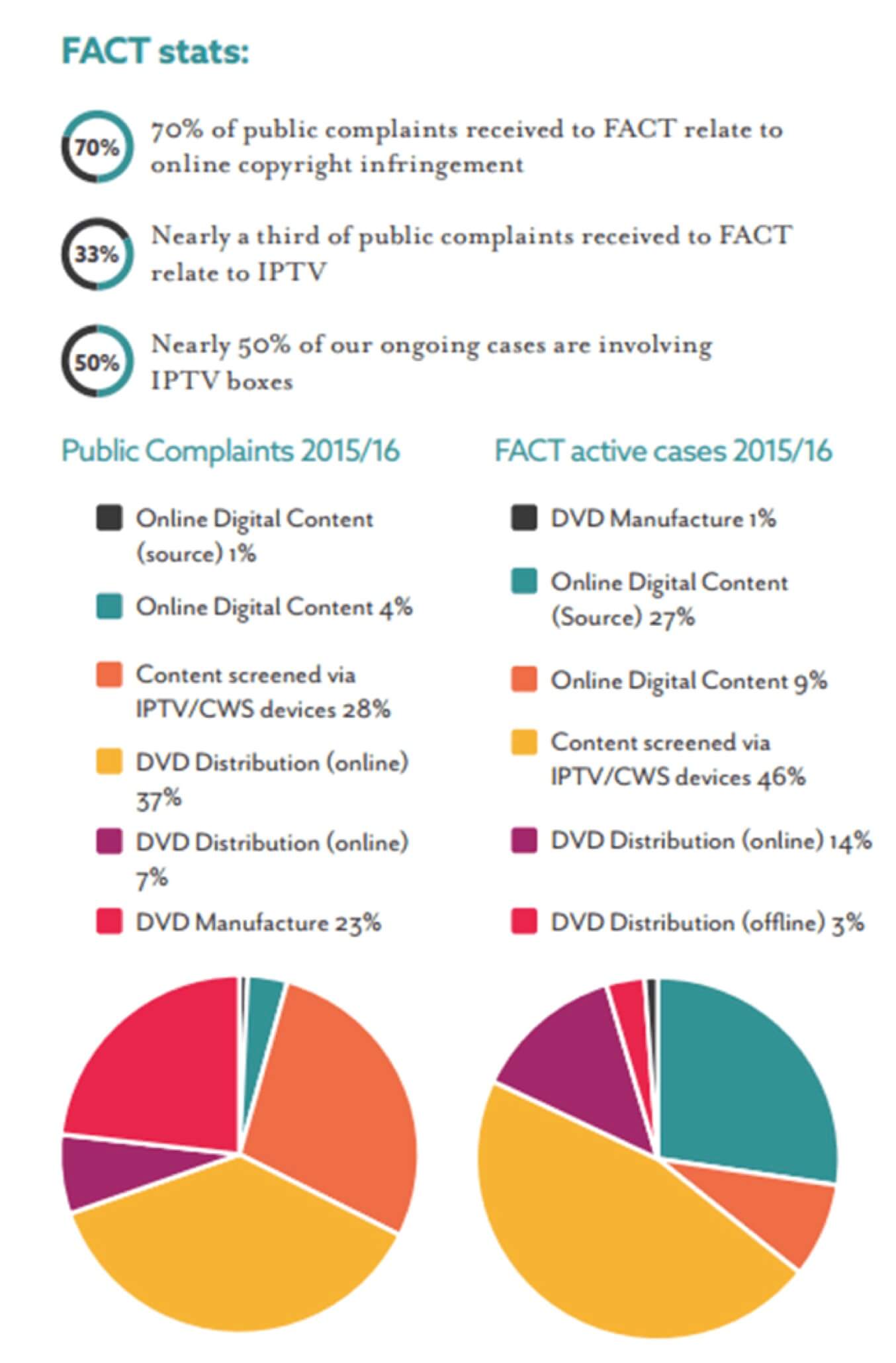 The report — covering all areas of IP crime, both in the physical realm and online — revealed infringement trends gathered from both governmental and private anti-piracy groups and it was the online domain that was causing most concern. It found that during a sample three-month period in 2015, 28% of those questioned admitted their music downloads in the UK came from illegal sources. Similarly, 23% of films and 16% of TV content was downloaded in breach of copyright.

TV struck an alarming note: “The reasons for the spike in TV copyright infringement appear to be, in part, technological, with ‘unofficial services’ such as uTorrent, BitTorrent, catch-up TV apps and established sources such as YouTube offering content without legal certainty,” the reported noted.

In the report the UK Minister for Intellectual Property Baroness Neville-Rolfe describes collaboration between the Federation Against Copyright Theft, Trading Standards and the Police to combat IPTV-based theft as one of the year’s operational successes.

Indeed, FACT said it had prioritised an emerging threat from IPTV/Kodi set-top boxes. Overall, FACT estimates that 70% of the public complaints it receives relate to online copyright infringement. More than a quarter of all complaints now relate to IPTV and half of the anti-piracy group’s current investigations involve IPTV boxes.

“In their original form, these boxes are legitimate. However, with the use of apps and add-ons, they allow users to access copyright infringing material, from live TV and sports to premium paid-for channels and newly released films. Once configured these boxes are illegal,” the trade body added.

The full report can be downloaded here.