SVOD momentum builds for Amazon Prime Video as Netflix growth rolls on | Media Analysis | Business | News | Rapid TV News
By continuing to use this site you consent to the use of cookies on your device as described in our privacy policy unless you have disabled them. You can change your cookie settings at any time but parts of our site will not function correctly without them. [Close]

Research from Futuresource Consulting has revealed continued global growth in subscription video-on-demand (SVOD), particularly for Netflix and Amazon Prime Video, in addition to a raft of local competitors. 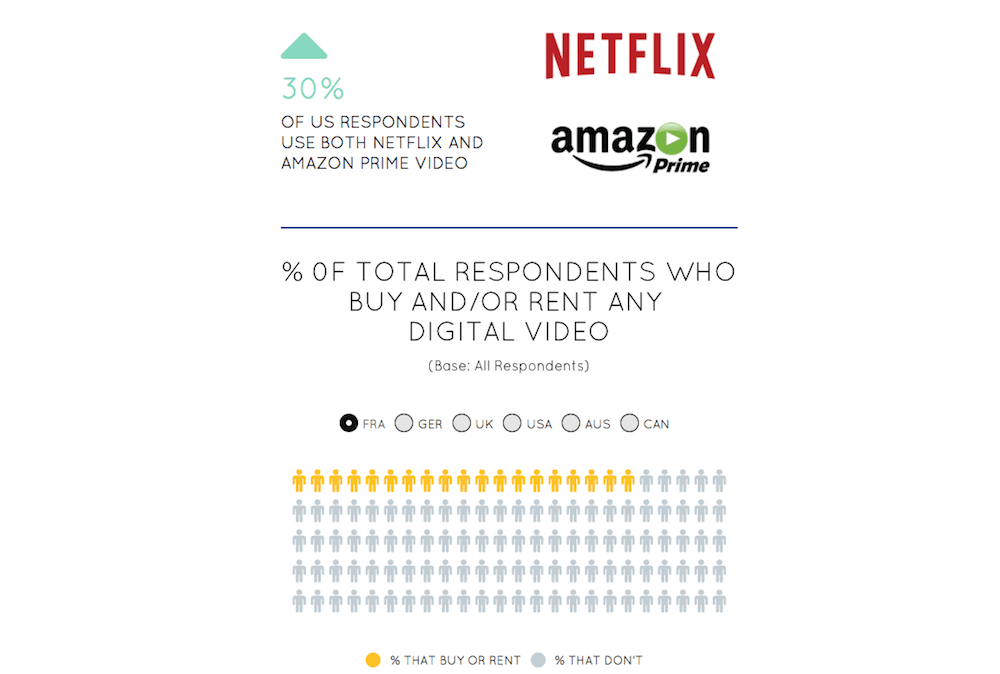 The twelfth edition of the Living With Digital consumer survey highlights consumer preferences for digital video format adoption and the influences affecting purchasing decisions and connected device adoption in the US, UK, France and Germany as well as Italy, Spain, Australia, Canada, Japan, South Korea and China. Its fundamental findings reveal what it calls the ‘on-going narrative’ around pay-TV cord-cutting and the multinational competitive situation between Netflix and Amazon Prime Video.

The study identified a growing base of transactional digital video consumers and digital media adaptor owners, together with details of the continued steady shift away from scheduled TV viewing to non-linear content consumption.

The survey also found that comedy films are the most popular genre amongst Netflix subscribers, thus, it said, justifying Netflix's investment in this content type. The momentum of Amazon Prime, particularly in the USA, UK and Germany, has seen overall Prime subscriptions reach around one-third of Amazon account holders in the UK and almost 60% in the USA, with around two-thirds of total Amazon Prime members watching Amazon Prime Video at least once a week.

“Netflix uptake continues to grow in all countries and although satisfaction levels for Netflix are high, they do vary considerably by country,” explained David Sidebottom, principal analyst, media and entertainment at Futuresource Consulting. “Over half of US respondents say they are extremely satisfied with Netflix, 83% are satisfied or very satisfied; this falls to around two-thirds in France and Germany.”

Another notable service to Futuresource was the Sky Buy & Keep electronic sell-through service (EST) offering in the UK whose usage has grown to 21% of Sky subscribers from 16% in the previous 2015 wave. The number of consumers using transactional digital video was found to have grown in all countries after lacklustre results from the previous wave, with a notable improvement in both the UK and USA, where 25% and 41% of total respondents now buy some form of transaction digital video.

Futuresource believes that the increase in the number of consumers buying EST titles has been a key driver of this overall growth, particularly in the UK and US, as the behaviour becomes mass market. The vast majority of these still buy packaged video, with still only 4% of video buyers just buying EST and not packaged video.