Sinclair kicks off free-to-air broadcast push | Broadcast | News | Rapid TV News
By continuing to use this site you consent to the use of cookies on your device as described in our privacy policy unless you have disabled them. You can change your cookie settings at any time but parts of our site will not function correctly without them. [Close]

Sinclair is kicking off a push for free-to-air (FTA) broadcast TV with a tour of key markets in the US. 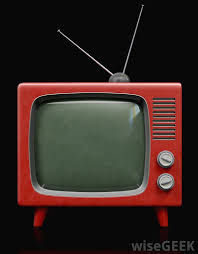 TVfreedom.org and Antennas Direct are joining forces with local Sinclair broadcast TV station KATV in Little Rock, Ark. to kick off a five-state, five-city Broadcast TV Liberation Tour. The tour will make additional stops in Macon, Charleston, Asheville, and Baltimore over the next two weeks. The tour is part of an ongoing public awareness and educational outreach campaign to help inform consumers that they can access dozens of local broadcast TV channels via an advanced digital antenna in high-definition for no cost.

“We have travelled to over 60 cities – large and small – across the country to bring the free local TV experience to thousands of Americans and have given away over $1 million in antennas,” said Richard Schneider, president of Antennas Direct. “It’s refreshing to see all the smiling faces at each tour stop when they realise that all they need to watch their favourite broadcast programming is an HD TV antenna. We are proud to be working with Sinclair TV stations at each tour stop to provide TV antennas to so many people seeking to access their local news, lifeline weather coverage and the most popular entertainment programming on television for no cost.”

“American’s preference for broadcast TV is only getting stronger in today’s increasingly high-tech world," said Robert Kenny, director of public affairs at TVfreedom.org. “One of the biggest reasons for its popularity is the fact that viewers across the country rely on their local TV stations for breaking news, investigative reporting, severe weather coverage, election coverage and so much more. People care about what’s going on in their local communities and broadcasters are there every day to help keep them informed.”