Nearly three-fifths of Mexicans still rely on linear, FTA | Broadcast | News | Rapid TV News
By continuing to use this site you consent to the use of cookies on your device as described in our privacy policy unless you have disabled them. You can change your cookie settings at any time but parts of our site will not function correctly without them. [Close]

Despite growing pay-TV access and online video consumption, almost six in ten Mexicans have free-to-air (FTA) and linear TV as their only video sources. 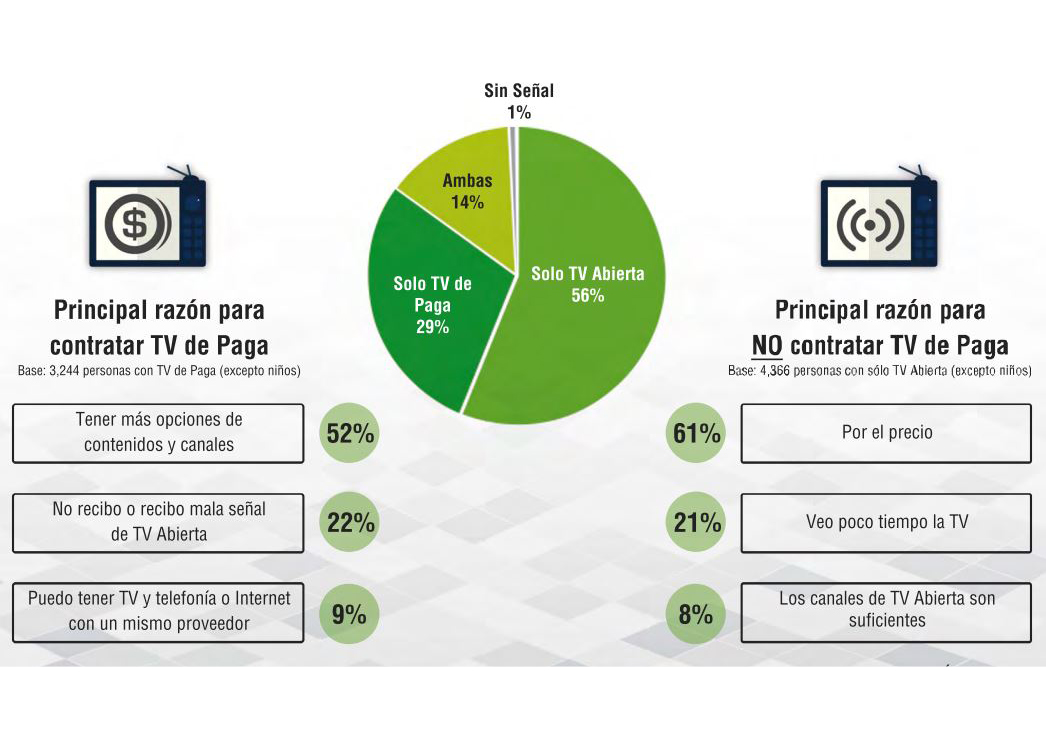 The figures, published in a comprehensive report from Mexico’s Instituto Federal de Telecomunicaciones (IFT), has put other analysis into perspective, showing that free-to-air TV - since January 2016 delivered only through the DTT - is still the only option for a large majority of Mexicans.

And not only that, around 80% of people said they regularly watch FTA channels, despite having pay-TV access. Indeed, FTA networks are also the most watched signals through pay-TV platforms.

However, Mexico’s pay-TV is still on the up and the market is close to becoming Latin America’s largest, catching up with Brazil.

Regarding online and over-the-top (OTT) viewing, the IFT report coincides with other studies published this year, indicating that Mexico has a growing Internet video audience.

According to the IFT, 26% of people watch video online, with YouTube being the most used platform (90% of people have watched content on the platform), while Netflix was selected by 20% of those online viewers.