Euro telcos poised to profit from soaring appetite for VOD | Media Analysis | Business | News | Rapid TV News
By continuing to use this site you consent to the use of cookies on your device as described in our privacy policy unless you have disabled them. You can change your cookie settings at any time but parts of our site will not function correctly without them. [Close]

Euro telcos poised to profit from soaring appetite for VOD 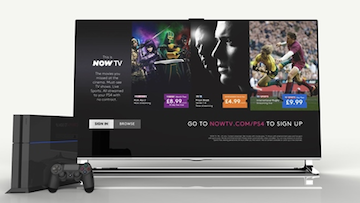 The availability of high-speed next-generation fixed and mobile networks is changing video consumption habits in Europe significantly, driving multiscreen video and video-on-demand (VOD), according to a study from Pyramid Research.

Moreover, the OTT Video in Europe: Focus on Domestic Content and Local Languages to Boost Take Up of Services report concludes that the appetite for such services is presenting a huge opportunity for operators to complement their core portfolio of services and add new revenue streams.

The analyst believes that European markets offer a favourable environment for OTT adoption due to high fixed and mobile broadband penetration rates, high proliferation of connected devices, greater volume of online video catalogues and increasing pay-TV penetration, which Pyramid expects will reach 73% of households in Central and Eastern Europe (CEE) and 69% in Western Europe (WE) by 2020. LTE service adoption will play an important role in driving OTT video adoption across Europe and Pyramid Research expects 4G connections to reach 66% of total SIM cards in WE and 29% in CEE by 2020.

Looking at the UK, the report found that the adoption of subscription-based OTT video and VOD services have both grown steadily in the UK over the past two years, reaching 37% and 23% of pay-TV users respectively in the second quarter of 2016. Netflix and Amazon Prime play an important role in driving the adoption of OTT video services. UK consumers showed a clear preference for Amazon Prime and Netflix as providers of the most desired content bundled with mobile services, with scores of 27% and 18% for smartphone users, and 29% and 20% for tablet users respectively.

Stephanie Char, Western Europe analyst at Pyramid Research, commented: “The OTT video market in Europe is likely to witness robust growth, owing to strong interest from customers in content and OTT players’ investments in content and platforms. OTT players should focus on domestic content and local languages to boost the uptake of their services and revenue. Content is vital to any successful paid video service. However, linguistic diversity in the European markets has posed a challenge to OTT service providers. The lack of availability of foreign content in local languages limits market penetration for international OTT players.”