Sky Q begins Ultra HD | 4K/UltraHD | News | Rapid TV News
By continuing to use this site you consent to the use of cookies on your device as described in our privacy policy unless you have disabled them. You can change your cookie settings at any time but parts of our site will not function correctly without them. [Close] 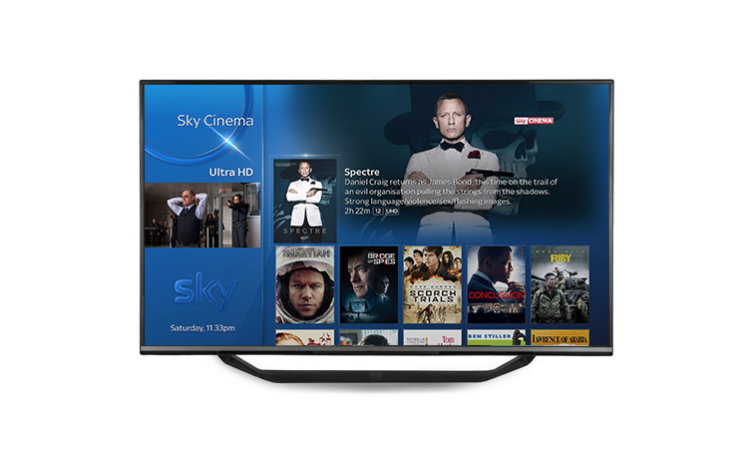 Sky calls the new service its ‘biggest re-imagining’, opening up a whole new way of watching TV. Sky Q comprises a family of wirelessly connected products that are claimed to create an ecosystem with ‘seamless’ TV viewing. It allows viewers to watch shows from a box, whether live, recorded or on-demand, either on a TV or another set or a connected device such as a tablet, and also to watch different programmes on up to five screens simultaneously while also recording four other channels.

After announcing the launch in November 2015, Sky said it would be able to offer the UK’s most comprehensive 4KTV service later in the year.

Commenting on the launch, Luke Bradley-Jones, Sky’s director of TV and content products, said: “With Sky Q we created the world’s best TV experience. Now with the introduction of an unrivalled line-up of Ultra HD TV, the service is going to get even better, truly enhancing customers’ viewing experience. So whether you’re a football fan, movie buff, natural history enthusiast or drama junkie, customers looking for the next-generation of TV viewing will love it.”

Some analysts believe that Sky’s move will provide the mainstream impetus that the 4KTV industry needs in the UK. Said Paolo Pescatore, director, multiplay and media at CCS Insight: “Sky will bring one of the most comprehensive 4K catalogue across all genres to the UK market, which firmly reinforces its market leadership. In our opinion, this will kick-start consumer appetite for 4K in the UK. Though BT was the first provider to launch 4K in the UK, it has failed to see any meaningful uptake to its BT TV service. We believe that this will drive uptake to Sky’s latest and greatest pay TV service, Sky Q. Though the concept of fluid viewing has failed to resonate with consumers, premium content in 4K such as Premier League will drive awareness, appetite and enhance their viewing experience. As we’ve said repeatedly, Sky's close relationship with content and rights owners still puts it in a far stronger position than its competitors.”
Tweet