VOD, multiscreen take lead in RTVE’s Olympics strategy | VOD | News | Rapid TV News
By continuing to use this site you consent to the use of cookies on your device as described in our privacy policy unless you have disabled them. You can change your cookie settings at any time but parts of our site will not function correctly without them. [Close] 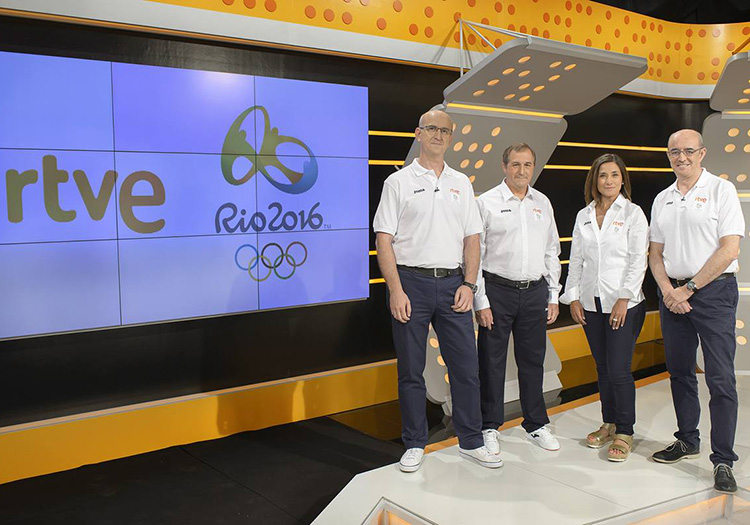 The Spanish public broadcaster will also air 600 hours of live programming on the free-to-air (FTA) DTT networks La 1 and Teledeporte. Through this strategy, RTVE highlights the leading role of new broadcasting technologies in the most digital Olympics yet.

“These are to be the most social Olympic Games ever. We are creating an immersive experience in order to inform, disseminate and deliver emotions,” said Alejandro Vega, director for digital, RTVE.

Over 120 people will be based in Rio during the Olympics, working together with a 141-strong team in Spain. RTVE will have its own working space at Rio 2016’s International Broadcasting Centre (IBC) and a studio in Copacabana, from which it will produce up to 600 live hours which will mainly air on Teledeporte.

Around 4,500 hours of live programming and 6,000 hours of VOD, including interviews with athletes and exclusive digital content will air for connected and mobile devices through the Web platform and the Botón Rojo app.

RTVE has also been selected by Rio 2016 to produce the international live TV feed of the mountain biking and indoor cycling.