LCD TV shipments projected to inch upwards in 2016 | 4K/UltraHD | News | Rapid TV News
By continuing to use this site you consent to the use of cookies on your device as described in our privacy policy unless you have disabled them. You can change your cookie settings at any time but parts of our site will not function correctly without them. [Close]

Shipments of LCD TV sets worldwide are projected to reach 219 million units in 2016, representing a year-on-year growth of around 1.5%, says the latest TV industry round-up from WitsView. 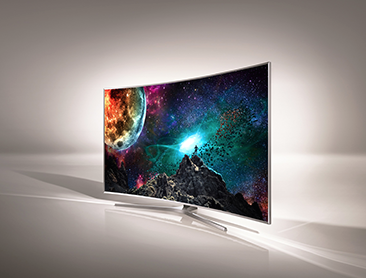 Commented WitsView research manager Ricky Lin: “Branded TV makers have made significant changes to their LCD panel purchasing strategies this year due to cost considerations. With panel prices expected to rise, brands are actively adjusting their supply sources as they prepare for the peak shipment season of the third quarter. South Korean TV brands this year have shifted a significant portion of their orders away from domestic panel suppliers to the Taiwanese and Chinese. Besides making the upstream supply chain more flexible, this move intends to obtain panels at lower costs as to further improve the margins of promoted TV sets during the peak season.”

Looking to the near and mid-terms, WitsView projects that 43.7% of panel purchases made by South Korean brands in 2016 will come from compatriot suppliers, down from 50.5% in 2015 and that the percentage of Japanese panels in South Korean brands’ purchases remaining at just 3.4%. Furthermore, WitsView expects Samsung Display to will close one of its fabs, L7-1, at the end of this year. This would mean that South Korean TV brands will likely allocate a greater share of their orders to Taiwanese and Chinese panel suppliers in the future.

Chinese TV brands are projected to purchase around 25 million pieces of panels from domestic suppliers in 2016, with the most of the products being small- and mid-size TV panels (those sized under 50”). WitsView forecasts that compared with 2015 the share of domestic products in Chinese TV brands’ panel purchases will increase marginally by 0.5%. Chinese orders for large-size TV panels, such as the 55” and 65”, will still go to Taiwanese and South Korean suppliers that offer better product quality and maintain higher yield rates.

“Chinese panel supplier have built additional Gen-8.5 fabs in recent years,” added Lin. “However, they also use the same economical glass-cutting method, so their product mixes overlap quite a lot. Moreover, South Korean and Taiwanese suppliers have yield and quality advantage in large-size TV panels, especially in the 55” and the 65” segments.”
Tweet