NOW TV unveils UK’s first ever contract-free triple-play bundle | OTT | News | Rapid TV News
By continuing to use this site you consent to the use of cookies on your device as described in our privacy policy unless you have disabled them. You can change your cookie settings at any time but parts of our site will not function correctly without them. [Close]

As it looks to expand business to those who won’t or can’t buy a TV subscription in the UK, Sky has launched the NOW TV Combo packaging TV, broadband and calls in the UK’s first ever contract-free triple-play bundle. 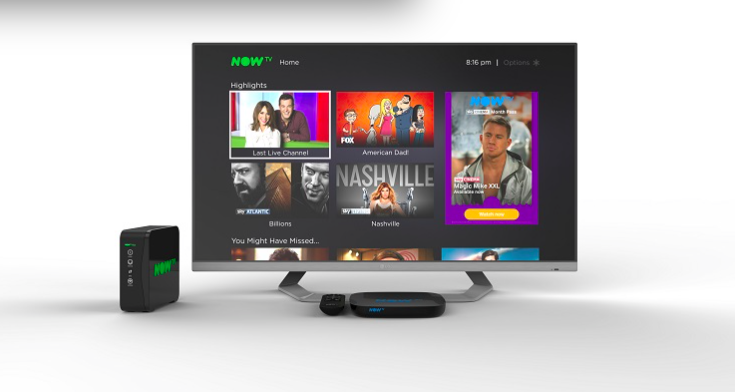 To be launched in July, the NOW TV Combo will run on a new NOW TV Smart Box, combining live and on-demand TV with up to 35 pay-TV and over 60 free-to-air TV channels. These will be complemented by unlimited broadband and call packages starting from £9.99. The TV options include and Entertainment Pass with 11 channels not on Freeview and 250 box sets; Sky Cinema Pass; Sky Sports Pass; and Kids Pass. Broadband options offer speeds from up to 17Mbps right up to 76Mbps.

“NOW TV has got something for everyone – TV they love to watch, when they want and on their own terms. It’s why we’re not stopping there,” said Gidon Katz, managing director of NOW TV. “With the NOW TV Combo, we’re pushing the boundaries again with the UK’s first contract-free triple play bundle. Plus, our customers will get the benefits of our new NOW TV Smart Box that brings together free-to-air and pay-TV shows seamlessly. We know people want the freedom and control of a no strings relationship when it comes to choosing their TV, broadband and call package, so the NOW TV Combo is the product and service they deserve.”

Yet looking at the capability of packages on offer, leading analysts noted that their cost appears potentially high. Adding his comment, David Mercer of Strategy Analytics noted that a customer choosing all entertainment packages, including premium sports and movies, and the highest broadband speed would pay nearly £72/month, but at this level they would surely prefer to choose a standard Sky package unless satellite service was unavailable. NOW TV remains targeted at those who prefer to dip in and out of pay TV without long-term contract commitments.

He added: “More than a third of UK homes currently have Freeview (DTT) as their only television service. Even if only a small share of these homes install a £40 NOW TV smart box to get access to additional pay services on an occasional basis, that will represent an incremental revenue stream to Sky. If they also choose to add or switch to NOW TV broadband this would be a more stable revenue stream since the broadband part of the contract is 12-month minimum. The smart box should help Sky penetrate even further into UK households who have resisted pay-TV until now and may even help expand broadband uptake into the last 10% or so of homes. Sky now has a full range of multi-play offers from the lowest to the highest price points, but premium content remains the cornerstone of Sky’s strategy.”
Tweet