Connected TVs make big inroads in US | Online Video | News | Rapid TV News
By continuing to use this site you consent to the use of cookies on your device as described in our privacy policy unless you have disabled them. You can change your cookie settings at any time but parts of our site will not function correctly without them. [Close]

Connected TVs are used by 74% of Americans, up from 59% last year, according to Frank N Magid Associates research, which found that use of connected TVs and mobile video is increasing, especially among younger audiences. 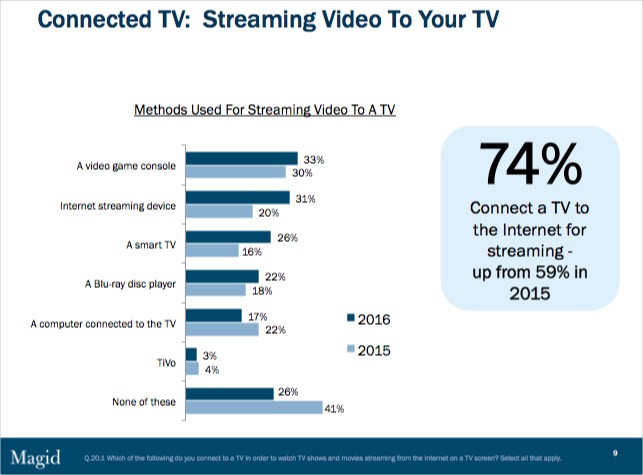 Meanwhile, 46% of respondents with a smartphone watched video at least once a day on the device, with heavier use among 18-34 year-olds and males. That compared to 39% watching video on a computer at least once per day, followed by tablets (30%), connected and smart TVs (18%) and gaming consoles (13%).