Netflix accounts for 35% of North American Internet traffic | Online Video | News | Rapid TV News
By continuing to use this site you consent to the use of cookies on your device as described in our privacy policy unless you have disabled them. You can change your cookie settings at any time but parts of our site will not function correctly without them. [Close]

Netflix represented 35.2% of traffic on North America fixed networks in the last six months, according to network traffic specialist Sandvine. 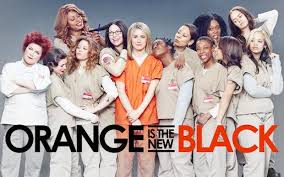 The research found that streaming audio and video now accounts for 71% of evening traffic in North American fixed access networks. Sandvine expects this figure will reach 80% by 2020.

While the Netflix number was a modest decline from the 37.1% of traffic it represented six months ago, this change is likely the result of improvements by Netflix to better compress its video library.

“Netflix’s optimisations means they can deliver more hours of video using less bandwidth, which results in lower data consumption for subscribers, and decreased capacity-related costs for operators. Conversely, even with improvements in streaming efficiency, Netflix’s traffic share on fixed networks in Latin America increased from 6.6% to 8.3%.

Amazon Video is now the third ranked downstream application (up from eighth a year ago) in North America, accounting for 4.3% of fixed traffic. Sling TV now appears among the top 20 applications on most US networks, but still accounts for less than 1% of traffic.
Tweet