Comcast leads $6.8MN VR funding round | Media Investment | Business
By continuing to use this site you consent to the use of cookies on your device as described in our privacy policy unless you have disabled them. You can change your cookie settings at any time but parts of our site will not function correctly without them. [Close]

Comcast Ventures is putting its considerable weight even further into virtual reality (VR), with a series A investment in Montreal-based cinematic VR company Felix & Paul Studios. 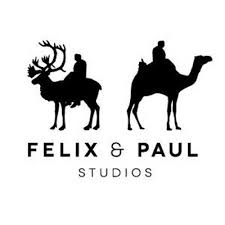 The funding is reported at $6.8 million, with LDV Partners, Caisse de dépôt et placement du Quebec and Phi Group joining the round as well.

Felix & Paul Studios has 37 VR specialists across offices in Montreal and Los Angeles, and last year produced seven VR experiences for the Oculus platform across Rift and Gear VR. This year, the company reports it has more than 30 projects in the pipeline in various stages of development.

Michael Yang, managing director at Comcast Ventures, said the company is at the vanguard of addressing the fact that “there’s not enough good content in VR”.

“We have always wanted to invest in a team focused on premium cinematic virtual reality or live action, camera-shot, stereoscopic 360 video,” he said.

The studio will use the investment to grow its team and production capacity for its content pipeline, enhance its proprietary VR cameras and expand its production and post-production software suite. It will also look to expand distribution of its VR experiences and apps to more platforms and international markets.

"At Felix & Paul Studios, our mission is to create extremely high quality VR experiences that strike an emotional chord in viewers," said Stéphane Rituit, co-founder, president and executive producer at Felix & Paul. "This round of funding, led by the venture arm of one of the largest media and entertainment companies in the world, not only speaks to the power of our model but also points to a massive need for high quality VR content across the media landscape.”

Yang added: “Felix & Paul Studios is the trailblazer in cinematic virtual reality as they have produced the best VR content for the Oculus Rift and Samsung Gear VR for three years now. Their stories have touched audiences all over the world and their pieces are award-winning. We were attracted to their artistic vision, their track record with viewers and their full technology stack."

Comcast has expressed steady interest in VR. Last December, it led another series A funding of a company called Baobab Studios, a VR animation company that has been lauded as the ‘Pixar of VR’. Comcast was joined by HTC, Samsung Ventures, PayPal founder Peter Thiel, and the round closed at $6 million. Baobab’s first movie, Invasion!, is available on Samsung Gear VR’s Milk VR service.