Animal Planet preps Toucan Nation for flight | Programming | News | Rapid TV News
By continuing to use this site you consent to the use of cookies on your device as described in our privacy policy unless you have disabled them. You can change your cookie settings at any time but parts of our site will not function correctly without them. [Close] 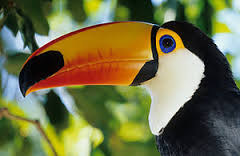 Seeking to right a wrong and improve the life of this helpless bird after half of his beak was torn from his face, animal rescuers and veterinarians enlist a team of volunteer experts tasked with replacing Grecia’s beak as Costa Ricans rally to implement penalties for animal cruelty.

The film includes Charles Hull of 3D Systems, known as the father of 3D printing, who collaborates with a group of Costa Rican product designers, dentists and engineers on the best design and construction for Grecia’s prosthetic beak.

“What happened to this beautiful bird was horrific,” says John Hoffman, EVP, documentaries and specials for Discovery Channel, Animal Planet and Science Channel. “But this atrocity inspired people to work together to save an animal's life. We are proud to present this moving story and hope it sparks a larger conversation about animal welfare.”

Motivated by the notion that every life-- whether animal or human - is inherently valuable and must be protected, school children and a committed group of animal rights activists wage a battle to highlight animal cruelty in their country and transform the penal code. Toucan Nation showcases both the children and the activists as they create a petition for Costa Rica’s president Luis Guillermo Solís to bring the Animal Welfare bill in front of Congress.