Netflix users binge content on huge scale | VOD | News | Rapid TV News
By continuing to use this site you consent to the use of cookies on your device as described in our privacy policy unless you have disabled them. You can change your cookie settings at any time but parts of our site will not function correctly without them. [Close]

Netflix members are displaying markedly unique viewing patterns in how they consume content, the subscription video-on-demand (SVOD) leader has revealed in a survey. 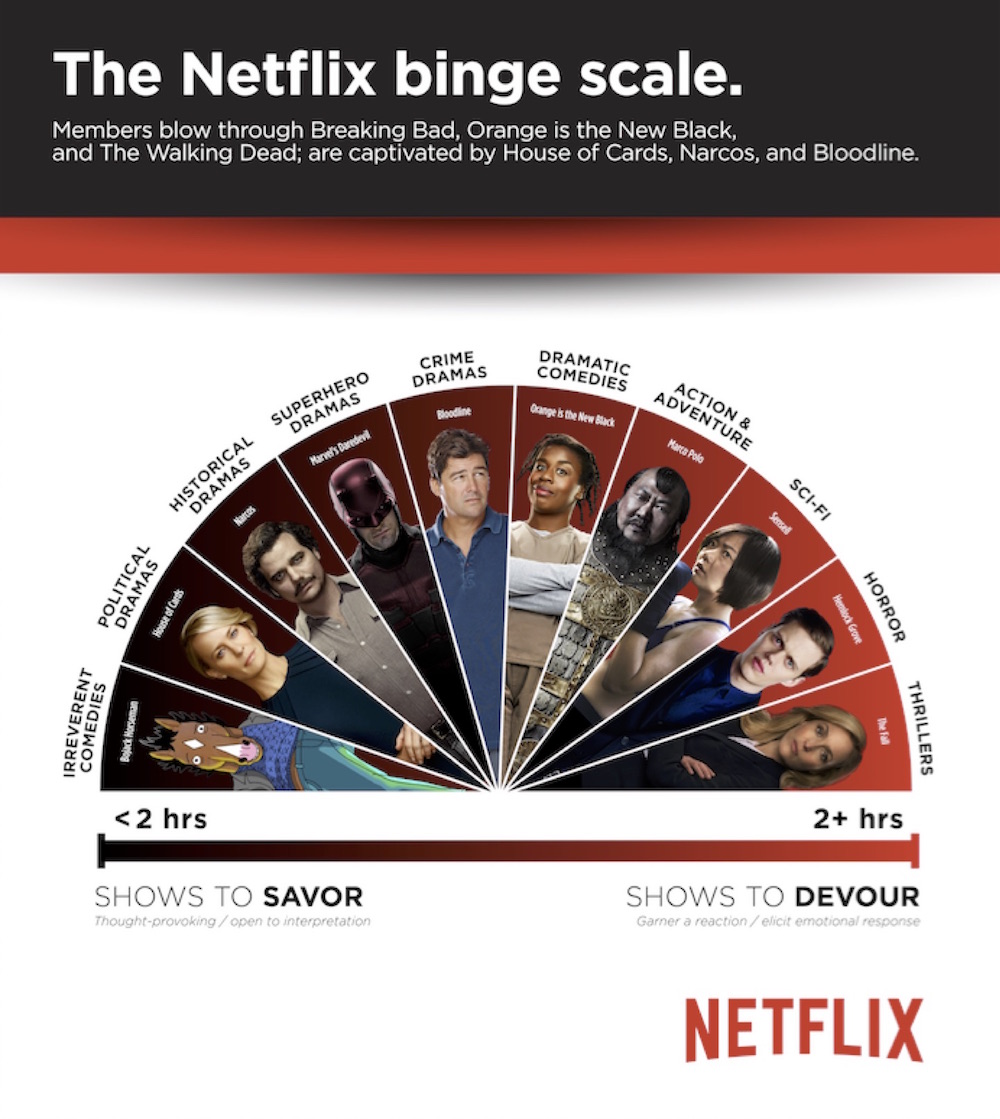 In its study Netflix examined global viewing of more than 100 serialised TV series across over 190 countries and found that users chose to binge watch their way through a series, on average finishing an entire season in one week. When members were focused on finishing a series, they watched a little over two hours a day to complete a season.

Though binge-watching of content was, said Netflix, ‘clearly’ the new normal, it added that not all series are enjoyed the same way. When organising series in relation to this benchmark, Netflix said interesting patterns emerges, ranging from so-called ‘high energy narratives that are devoured’ to thought-provoking dramas that are ‘savoured.’ This it called the Binge Scale.

“The Binge Scale indicated that the viewing experience of a series can range from the emotional to the thought-provoking,” explained Cindy Holland, VP of Original Content at Netflix. “Netflix helps you to find a series to binge no matter your mood or occasion, and the freedom to watch that series at your own pace - whether that’s to appreciate the drama of Bloodline or power through Orange is the New Black.”