DirecTV ready to rumble with Claro for Olympic audience | Pay-TV | News | Rapid TV News
By continuing to use this site you consent to the use of cookies on your device as described in our privacy policy unless you have disabled them. You can change your cookie settings at any time but parts of our site will not function correctly without them. [Close]

DirecTV ready to rumble with Claro for Olympic audience

DirecTV has unveiled its plan for Rio 2016 across Latin America, through which intends to draw more viewers than Claro, the other pan-American operator with TV rights for the Olympics. 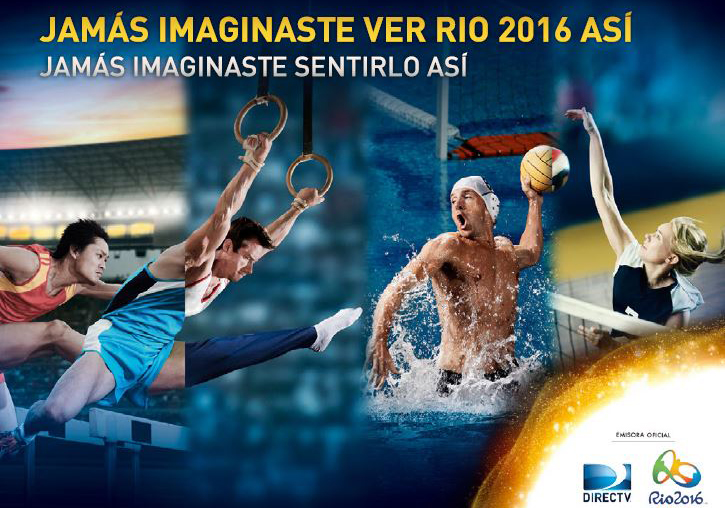 Building on its London 2012 experience, during which a variety of technological features and multicast proved successful, DirecTV is to deploy eight live feeds (six in HD), a mosaic channel with all the signals being broadcast at the same time, a live data feed and several mobile and social TV features.

In fact, according to the AT&T company, 92% of viewers used the mosaic signal during the London Olympics to decide which competitions to watch. In addition, nearly seven in ten viewers used DirecTV’s PVR system to record the opening and closing ceremonies.

“We have planned a 360° experience for our subscribers, who are to get the programming along with an important technological deployment,” said José Espinel, AVP, marketing and sales, DirecTV Latin America.

In addition to live broadcasting, which will be led by DirecTV Sports’ team, the operator will open a data signal with live statistics, calendar and timetables.

All the information, news and highlights will also be available online on directvsports.net and directvplay.net, as well as for mobile screens through DirecTV Sports App. Recent reports have pointed out that over half of Latin American will follow the Olympics through mobile devices.