TV ad revenue ticks up in April | Ad Tech | News | Rapid TV News
By continuing to use this site you consent to the use of cookies on your device as described in our privacy policy unless you have disabled them. You can change your cookie settings at any time but parts of our site will not function correctly without them. [Close]

TV advertising revenue rose 5% in April, despite a 4% decline in viewership. 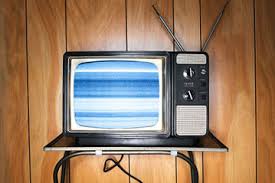 According to data from research company Standard Media Index, broadcast TV spending was up 6% in April (it’s also up 6% so far this year), while cable, which has been weaker than broadcast in recent months, was up 7%. Among the broadcasters, FOX came out on top with a double-digit gain; top cable networks included ESPN, AMC, HGTV and Bravo, all with double-digit gains.

“SMI’s April data continues to show the re-emergence of TV as the industry’s strongest and most effective medium. We have seen digital’s growth slow over the past few months and know from feedback from advertisers and agencies that television is still the best place to find high quality, guaranteed audiences at scale,” said James Fennessy, CEO at SMI. “Timing couldn’t be better for the major networks as a strong scatter market again in April should ensure they book healthy increases in the upfronts over the coming weeks.”

Digital media revenues were still up 15% - though as Fennessy pointed out, that’s a slowdown from the prior few months.