New Euro law claimed to be putting film, TV audiences at risk of substantial loss of content | Media Analysis | Business | News | Rapid TV News
By continuing to use this site you consent to the use of cookies on your device as described in our privacy policy unless you have disabled them. You can change your cookie settings at any time but parts of our site will not function correctly without them. [Close]

A study is warning of a risk of a lack of cultural diversity and diminished breadth of production if the European Commission presses ahead with plans to erode the territorial exploitation of film and TV rights. 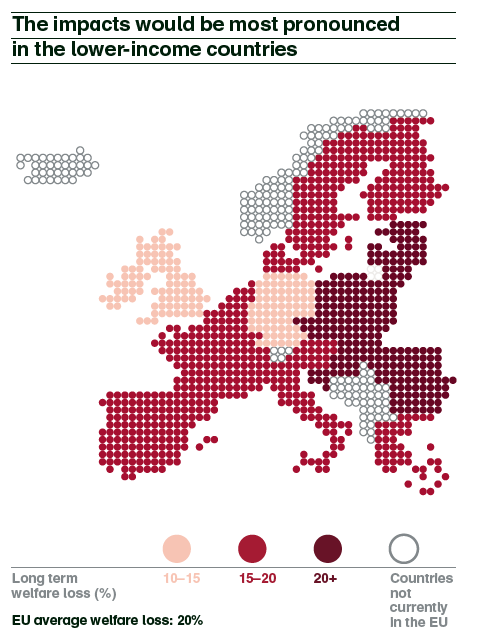 Released at the Cannes international film festival, The Impact of Cross-Border Access To Audiovisual Content On EU Consumers study, compiled by economic consultancy Oxera and media consultancy Oliver & Ohlbaum, warns that the EU proposals outlined in the EC’s Digital Single Market strategy in 2015 would erode the established territorial exploitation of TV and film rights in Europe.

Indeed, it argues that rather than improving consumer choice, eroding territorial exploitation would lead to an enormous cost to audiences as well as to the European creative economy, threatening cultural diversity both in production and distribution, thus reducing the volume and quality of original content on offer in the EU.

The report calculates that changes to copyright and other initiatives at the EU level could result in substantially lower levels of investment in TV and film content, with consumer welfare losses worth up to €9.3 billion. This, it said, would be a direct result of those consumers losing access to content they currently enjoy, being charged more, or being priced out completely. It further asserts that up to 48% less local TV content in certain genres and 37% less local film production would be produced, with the most marginal/risky content at particular risk of being dropped

The report was launched with the support of a broad group of sponsors, including film and audiovisual producers, distributors, broadcasters, platforms and film agencies throughout Europe and across the world. The group urges the European Commission to re-think its proposals to erode the territorial exploitation of film and TV content and avoid any proposals or other initiatives that would undermine film and television licensing and financing, including the decision to license on an exclusive territorial basis.

Commenting on the report, John McVay, chief executive of Pact, the trade association representing the commercial interests of UK independent TV, film, digital, children’s and animation media companies, said: “Today’s report underlines that the Commission’s plans will deliver the exact opposite of their stated intentions leaving audiences with a poorer range of content, higher prices and a devastating impact on cultural diversity both in production and distribution. It is vital that they urgently rethink their approach and work closely with industry and member state governments to ensure no changes are made that would end up leaving audiences worse off. We all want to develop a stronger digital economy for film and television. But the Commission must work with, not against the industry to deliver for audiences.”

A full version of The Impact of Cross-Border Access To Audiovisual Content On EU Consumers study is available here.