Soaring digital reaches three-quarters of world’s TV households | Media Analysis | Business
By continuing to use this site you consent to the use of cookies on your device as described in our privacy policy unless you have disabled them. You can change your cookie settings at any time but parts of our site will not function correctly without them. [Close]

Global digital TV penetration has almost doubled in size over the last five years to reach 76.4% of households, according to the latest edition of the Digital TV World Databook from Digital TV Research. 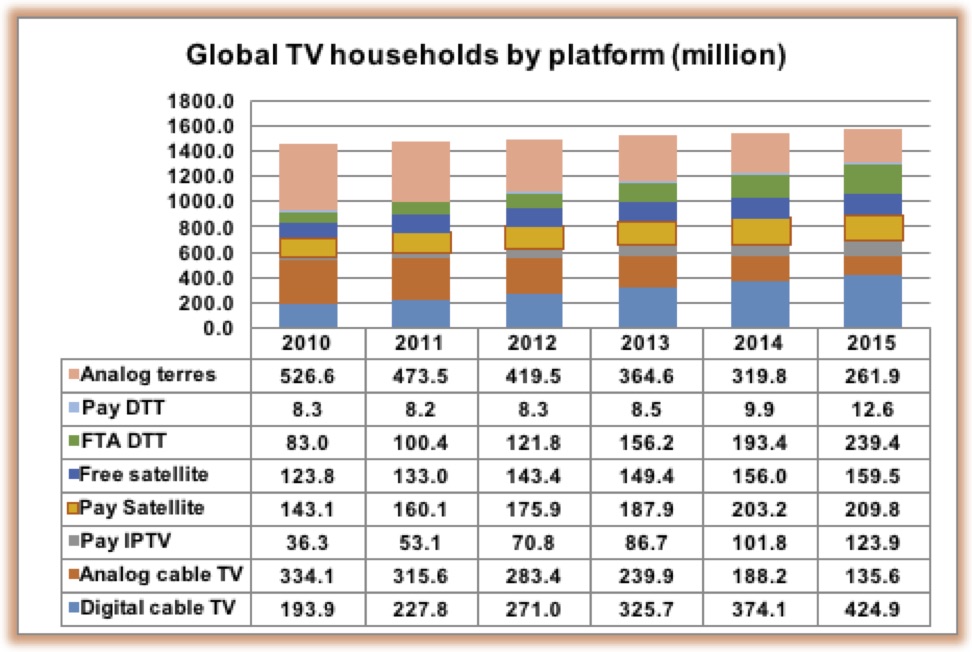 Of the additions, 156 million came from primary DTT, that is those homes taking DTT but not subscribing to cable, satellite TV or IPTV services. Digital cable contributed a further 231 million. Interestingly, the research found that here were more pay IPTV additions (88 million) than satellite pay-TV ones (67 million).

Looking at where the rises where happening, the Digital TV World Databook revealed that 381 million were in the Asia Pacific region, more than doubling that region’s total to 608 million. The study notes that China became the largest digital TV household nation in 2010, rising to 339 million digital TV homes (29% of the world’s total) by end-2015. Asia Pacific pay-TV households increased by 126 million – or two-thirds of the global additions – during this period to bring its total to 520 million.