Nielsen: some TV shows see biggest audience gains 7+ days after airing | Pay-TV | News | Rapid TV News
By continuing to use this site you consent to the use of cookies on your device as described in our privacy policy unless you have disabled them. You can change your cookie settings at any time but parts of our site will not function correctly without them. [Close]

Ratings firm Nielsen is reporting that as digital distribution continues to take hold, some shows are attracting their biggest gains in audience well beyond the traditional seven-days after original air date. 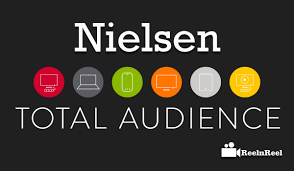 In a press briefing, Nielsen senior vice president of audience insights Glenn Enoch said that the Live-plus-7-day (L7) rating period is becoming increasingly irrelevant for advertisers. That’s because viewership can rise after the L7 window between from 4% to 58% depending on the genre of programming.

For instance, reality/competition shows fared the worst with 18-49-year-olds in extending viewing, with only a 4% audience gain beyond seven days. However, animated comedy shows are more evergreen, and Nielsen numbers show that 58% of the audience lift comes between day eight and day 118.

The increasing deployment of video-on-demand (VOD) by pay-TV operators is the main reason for these shifting habits. DVR usage drops dramatically after the seventh day after original air, but VOD makes content available without taking up disk space.

Nielsen has long argued that the eligibility rules for what gets included in TV ratings should be expanded, to measure ads and content regardless of the platform on which they are viewed. The Total Audience Measurement offering is supposed to address this — and Nielsen said that it will be more widely available in the third quarter of this year.

For instance, live and time-shifted TV still represent a very large percentage of viewing minutes — so measurement of the total audience should include the C3 and C7 ratings. But, there's also plenty of non-ad-supported subscription-based video-on-demand (SVOD) viewed on the TV screen. Viewing of video via digital devices is also predominant — and it's happening via PC, and also tablets.

“As the industry evolves, so does the need for an industry standard that represents all of this viewing,” said Megan Clarken, EVP global product leadership at Nielsen, in a blog. “Total Audience is a framework that captures how we are responding to that — a way of following the consumers so that our measurement captures what everyone is watching, wherever and whenever they're watching it.”
Tweet