América Móvil to stream the Olympics free in LATAM | News | Rapid TV News
By continuing to use this site you consent to the use of cookies on your device as described in our privacy policy unless you have disabled them. You can change your cookie settings at any time but parts of our site will not function correctly without them. [Close]

América Móvil to stream the Olympics free in LATAM

América Móvil is to stream the Rio Olympics free on Clarovideo across Latin America, while in Mexico the two largest TV groups, Televisa and Azteca, are without broadcasting rights. 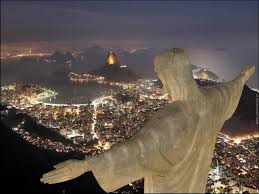 “You cannot deny Latin Americans the possibility of watching the Olympics, which is why we are to air them free,” stated Arturo Elías Ayub, Claro Sports and Uno TV director, in an interview with Mexico’s Radio Formula.

Following a 2013 agreement with the International Olympic Committee (IOC), Carlos Slim’s company is airing the Rio games this summer through Clarovideo, its over-the-top (OTT) platform for Latin America, including Mexico.

As it doesn’t own TV platforms in its base country, the telco has decided to grant two small public FTA channels, Canal 11 and 12, with the TV rights, leaving Grupo Televisa and TV Azteca without any Olympic-related content. Besides, ESPN and Fox will have broadcasting rights for pay-TV in Mexico, as well as Claro Sports.

“We bought the TV rights and therefore the Olympics are to be broadcast on our platforms, not in Televisa nor in TV Azteca,” added Ayub.

The move is clearly related to the TV war between America Móvil and the two media groups in Mexico. Even though leading in LATAM, Carlos Slim’s company has not been allowed to launch a pay-TV service in Mexico.