FCC, DoJ approve Charter-Time Warner-Bright House mega-merger | Major Businesses | Business | News | Rapid TV News
By continuing to use this site you consent to the use of cookies on your device as described in our privacy policy unless you have disabled them. You can change your cookie settings at any time but parts of our site will not function correctly without them. [Close]

The US Department of Justice and the chairman of the country’s regulator, the FCC, have approved the Charter/Time Warner Cable/Bright House Networks mega-merger — with conditions. 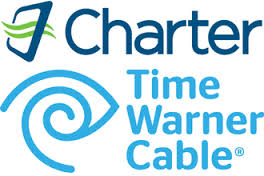 In conjunction with the Department of Justice’s (DoJ), specific FCC conditions will focus on removing unfair barriers to video competition. First, New Charter will not be permitted to charge usage-based prices or impose data caps. Second, it will be prohibited from charging interconnection fees, including to online video providers, which deliver large volumes of internet traffic to broadband customers. Additionally, the DoJ’s settlement with New Charter outlaws video programming terms that could harm online video providers and protects them from retaliation.

All three of these will be seven-year conditions meant to provide additional protection for new forms of video programming services offered over the Internet.

“Based on imposed conditions that will ensure a competitive video marketplace and increase broadband deployment, an order recommending that the Charter/Time Warner Cable/Bright House Networks transaction be approved has circulated to the Commissioners,” said FCC Chairman Tom Wheeler. “As proposed, the order outlines a number of conditions in place for seven years that will directly benefit consumers by bringing and protecting competition to the video marketplace and increasing broadband deployment.”

The conditions also include a provision that the New Charter build an additional two million customer locations out with high-speed Internet connections (25Mbps or faster). At least one million of those connections must be in direct competition with another high-speed broadband provider in the market served, bringing competition and, the FCC said, demonstrating “the viability of one broadband provider overbuilding another”.

“Importantly, we will require an independent monitor to help ensure compliance with these and other proposed conditions,” Wheeler said. “These strong measures will protect consumers, expand high-speed
broadband availability, and increase competition.”

New Charter will combine the fourth, seventh and tenth largest MVPDs in the country. By combining TWC's 11-million strong base with Charter's 4.1 million and Bright House's two million, the new Charter will have 17 million pay-TV subscribers and 18.8 million broadband customers. The top four MVPDs will control 79% of the nationwide pay-TV market, measured in terms of subscribers. And the top three alone, according to SNL Kagan, "will control two-thirds of the video delivery universe”.

"What is unclear is whether the merger will lead to better services or faster streaming for customers, or whether it will stem the exodus away from cable providers towards pure stream services," SNL Kagan noted.

Charter has said that it would use its new-found scale to build out faster broadband for subscribers; launch an improved cable TV interface; and wider availability of public Wi-Fi. It also stressed that it would invest in innovation that would benefit consumers.

Opponents argue that the Charter deal will stifle competition from innovative streaming services, decrease opportunities for independent, diverse programmers, reduce competition across a range of related technologies, and increase costs for consumers, all while bringing even worse customer service. These are obviously what the conditions are meant to address.

Wheeler has circulated an order for the merger approval to the other FCC commissioners, who will need to green light the deal for it to become official-official.