DISH, TVB, CCTV file piracy suit against h.TV | Security | News | Rapid TV News
By continuing to use this site you consent to the use of cookies on your device as described in our privacy policy unless you have disabled them. You can change your cookie settings at any time but parts of our site will not function correctly without them. [Close]

DISH and leading Chinese-language programmers TVB and CCTV have announced a lawsuit to halt what they say is illegal streaming of content via the h.TV device. 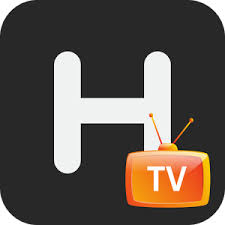 In the filing, DISH, TVB and CCTV allege that HTV International Limited (HTVI) has set up a pirate broadcasting network that “brazenly captures entire channels of TVB and CCTV television programming and streams that programming over the Internet to users of the h.TV device in the US, 24 hours a day, seven days a week”.

“The h.TV Retransmission Service accomplishes this massive piracy in part through a peer-to-peer network - like Napster, Grokster and BitTorrent, but designed to stream video content rather than to download media files,” the plaintiffs state in the complaint. “Through this peer-to-peer network, some h.TV users not only receive unauthorised streams of CCTV and TVB programming in the United States, but also simultaneously retransmit that programming to other h.TV users in the United States.”

Consumers are paying as much as $300 for an h.TV device and accessing a variety of apps that enable users to access, view and share infringing streams of television programming. Many of these apps unlawfully retransmit TVB and CCTV programming.

“Not only are consumers being scammed when they buy the h.TV device, which relies on content obtained illegally, they are being exploited to help facilitate this scheme through a peer-to-peer network that retransmits unauthorised programming from one user to another,” said Samuel Tsang, vice president, operations for TVB USA. “We work with providers like DISH to offer our content legally to consumers and won’t stand for pirates who seek to profit from our content without our authorisation.”

DISH, TVB and CCTV are represented in the lawsuit by the law firm of Davis Wright Tremaine LLP.