Cable, satellite most unfavourable TV options | Media Analysis | Business | News | Rapid TV News
By continuing to use this site you consent to the use of cookies on your device as described in our privacy policy unless you have disabled them. You can change your cookie settings at any time but parts of our site will not function correctly without them. [Close]

US consumers overwhelmingly rate cable as the most unfavourable option for TV viewing. 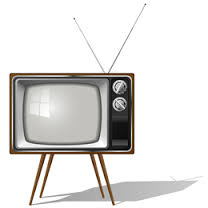 The results of a nationwide poll from Mohu reveal significant consumer discontent with the state of access to TV. Asked about their attitudes toward cable, satellite and over-the-top (OTT) streaming TV services, half have an unfavourable opinion of cable TV companies, and 38% view satellite TV companies unfavourably.

Over-the-air (OTA) and over the top services (OTT) are the most-liked TV viewing options, with 44% having a positive attitude toward using an antenna to watch TV, and 52% supporting OTT streaming services, such as Netflix and Hulu. Respondents also said that they believe in free access to over-the-air TV: 89% of consumers agree that access to free, over-the-air TV is important, with nearly 75% strongly agreeing.

While more than half of consumers (51%) admit that cable is the main way they watch TV at home, the majority (54%) have considered cutting the cord to get rid of cable or satellite. Pricing is a leading indicator, with nearly half (48%) paying more than $100 a month. In addition to pricing, the majority of consumers (40%) admitted that the main reason they have not gotten rid of their at-home cable service is because their cable is bundled with their Internet or phone service, indicating that most would-be cord-cutters feel trapped by cable bundles.

Interestingly, consumers aren't keeping cable because they want more channel choices. More than two-thirds (67%) of consumers watch ten channels or less in a given week, while an additional 16% watch between ten and 20 channels in a week. In fact, less than 25% (21%) strongly believe having access to hundreds of channels is a good thing for the American society.

To put the favourability findings in context, the respondents were also asked about favourability toward Congress and cockroaches. Cable and satellite TV providers aren't quite as disliked in comparison. A full 91% of respondents have an unfavourable view on cockroaches (one wonders about the other 9%); and 72% have a negative view of Congress.

"Consumers now have many TV viewing options, and we expect many more consumers will flee cable and satellite TV subscriptions in favor of OTA and OTT options," said Buff. "Since cord-cutting is a reality for millions of Americans, we're now seeing a David versus Goliath type battle between companies who are standing up to cable and fighting to break down the traditional walls of paid TV and locked set-top boxes for consumers. These companies are not only creating huge momentum for cord cutting, but also driving significant innovation within the TV industry and real change for consumers."

Negative feelings toward cable and satellite could be one of the only things Democrats and Republicans agree on. The poll compared presidential votes in 2012 alongside feelings of cable and satellite companies. Of those who voted for Obama in 2012, 36% have a favorable opinion of cable companies, fairly comparable to those who voted for Romney giving cable a 23% favorability rating.

"In today's polarised environment, it's rare to see Americans agree on anything – but this poll shows broad agreement across every demographic category and political affiliation – people are fed up with being locked into expensive cable TV packages and are looking for alternatives, both to save money and increase access to the entertainment content they desire," said Jim Williams, a polling analyst at Public Policy Polling.

Meanwhile, according to eMarketer’s latest forecast on time spent with media, US adults will spend an average of four hours and five minutes watching TV each day this year – a 2.1% drop from last year. That still accounts for 78.4% of US adults’ time spent watching video. By comparison, this year US adults will spend an average of just one hour and eight minutes a day watching digital video – including Facebook videos and clips – representing 21.6% of time spent with video overall.