NAB 2016: NBC Olympics turns to FileCatalyst for video delivery | Infrastructure | News | Rapid TV News
By continuing to use this site you consent to the use of cookies on your device as described in our privacy policy unless you have disabled them. You can change your cookie settings at any time but parts of our site will not function correctly without them. [Close]

Building off the technological leaps that were taken at the 2014 Sochi Games, NBC Olympics has again partnered with FileCatalyst to help with the movement of video files during the duration of the Rio Games in August. 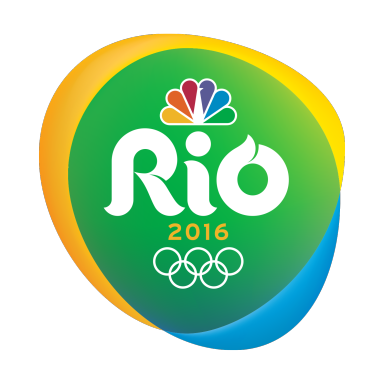 During the Games, NBC Olympics will utilise FileCatalyst technology to move data over a 5Gbps link between its headquarters in Stamford, Connecticut, and the NBC Olympics compound within the International Broadcast Centre in Rio de Janeiro, as well as between many other interconnected sites and event venues.

The volume of concurrent file transfers at peak periods is expected to be in the hundreds, with a total data volume of approximately 10TB per day. The files will consist of both high- and low-resolution videos, many of which will be transferred while the events are still in progress and while the videos are still being encoded. Being able to handle the dynamic nature of these files and the massive levels of concurrency was a key factor in selecting FileCatalyst. Timely delivery of this content is critical to the production workflow, as it will enable remote logging and editing in near real time. Archived footage will also be moved from Stamford back to Rio as required for editorial purposes.

FileCatalyst Central, a Web-based monitoring and administration tool that allows complete control over a global deployment of the FileCatalyst platform including all of the FileCatalyst Direct servers and clients, will also be deployed. Working closely with NBC Olympics over the last year on its design, this new version of FileCatalyst Central will be completely revamped. It will employ an advanced real time statistics engine, and an updated interface with an intuitive global map view of all interconnected FileCatalyst server and client applications. Configuration and monitoring of any of the individual locations or links will be easy. Just click on the node or link for a real-time view of what is happening, and make any adjustments as required.

NBC Olympics will also deploy the new FileCatalyst Delivery plugin, for Avid Interplay Delivery. The new plugin is designed to allow seamless delivery of files across multiple distributed Avid systems over the WAN, a process that can be time-consuming with other Avid Delivery plugins. Avid users can simply select a destination to send to, and the file will be sent at the maximum possible speed using the patented FileCatalyst Technology.

“We are excited to once again be an integral part of the production workflow for such a large sporting event”, said Chris Bailey, CEO and co-founder, FileCatalyst. “We’re building on what we did in Sochi, and adding to our reputation as a leader in acceleration technology for live sports production.”

Jim Miles, director, Digital Workflow Systems, NBC Olympics, added: “We are pleased to be working with FileCatalyst and their accelerated file transfer and monitoring platform. FileCatalyst allows NBC Olympics to fully utilise its remote connections to deliver more content and faster access to our production staff during our coverage of the 2016 Rio Olympics. For the Rio Games, we can minimise overall bandwidth use by knowing we can count on both acceleration and a hi/low resolution workflow. Because of this, ten locations across continents can exchange content seamlessly.”