NAB 2016: FOR-A pioneers augmented reality for broadcasters | Infrastructure | News | Rapid TV News
By continuing to use this site you consent to the use of cookies on your device as described in our privacy policy unless you have disabled them. You can change your cookie settings at any time but parts of our site will not function correctly without them. [Close] 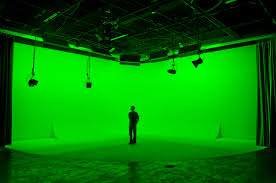 In the Virtual Studio display area of the booth, FOR-A's most advanced Chroma Keyer, the ACK-3000, will showcase realistic 3D effects.

The ACK-3000 is a multi-format Chroma Key processor which generates a virtual human keyed shadow to provide realistic form and depth for live composite video. The one RU solution automatically adjusts the shadows to match the subject's movement, applying a proprietary algorithm developed by FOR-A for this product. The unit creates two types of 3D shadows - under the feet and under the entire body - with built-in colour correction to match the two composited images.

Full-featured settings for cameras, objects, lights, chroma key, colour correction and feed track deliver control for enhanced realism in the composite images. Users can add up to three light sources, and adjust the position, direction and diffusion, shadow intensity and colour of each. Also selectable are the position, direction and size of shadow for up to three objects, as well as the foreground image brightness and tint, and the size and intensity of shadows under the feet.

The company will also feature the FLEXaVISION video wall production system, which integrates several FOR-A products together to create seamless, high-resolution video and graphic displays over multiple, large-scale monitors in real time. FLEXaVISION combines the company's integrated image processing technology for live use in sport stadium and special event staging applications, and at NAB will be integrated with Click Effects’ CrossFire and Blaze products, a line of digital content delivery systems for live sports and broadcast presentation environments.

Production workflows in both areas are built around the multiple image processing engine of FOR-A’s popular HVS-2000 video production switcher.