go90 users get sneak Angry Planet peek for Earth Month | NAB 2016 | Events 2016 | Rapid TV News
By continuing to use this site you consent to the use of cookies on your device as described in our privacy policy unless you have disabled them. You can change your cookie settings at any time but parts of our site will not function correctly without them. [Close] 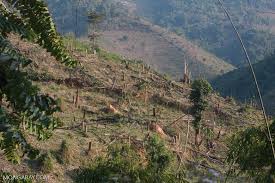 go90 app users will have a first look at a new episode of Angry Planet, entitled The Reshaping of Laos, to celebrate Earth Month 2016. The series, hosted by storm-chaser George Kourounis, this season investigates deforestation in Laos, the coldest city on Earth in Siberia, and monsoons in Bangladesh, travelling the globe and documenting the extreme nature of the planet’s weather. Kourounis dives head first into the most hazardous conditions and explains how these environmental changes have unmistakable consequences.

Users of the go90 app will get a sneak peek to view the episode about deforestation before it airs on Pivot on 22 April. Also, go90 users will have an opportunity to win a trip to Laos to experience up close and personally the sights and sounds of this exotic country facing environmental challenges.

Pivot’s environmentally conscious programming on go90 kicks off during Earth Month with the sneak peek of Angry Planet and continues through the summer with episodes of the Pivot series The Operatives, Human Resources and Secret Lives of Americans.

“Joining with go90 to bring our content to viewers wherever and whenever they want it is exactly our goal at Pivot,” said Carla Lewis-Long, SVP, distribution and affiliate relations, Pivot. “Our audience of conscious consumers are on the go but want to be in the know. This is a perfect opportunity to engage our audience on topics that matter to them.”