Fullscreen to take on Netflix, Amazon with ad-free SVOD service | OTT | News | Rapid TV News
By continuing to use this site you consent to the use of cookies on your device as described in our privacy policy unless you have disabled them. You can change your cookie settings at any time but parts of our site will not function correctly without them. [Close]

Fullscreen to take on Netflix, Amazon with ad-free SVOD service

In what it says will be the world’s first video membership experience programmed for the social-first generation, Fullscreen is to launch a global ad-free subscription video-on-demand (SVOD) service on 26 April. 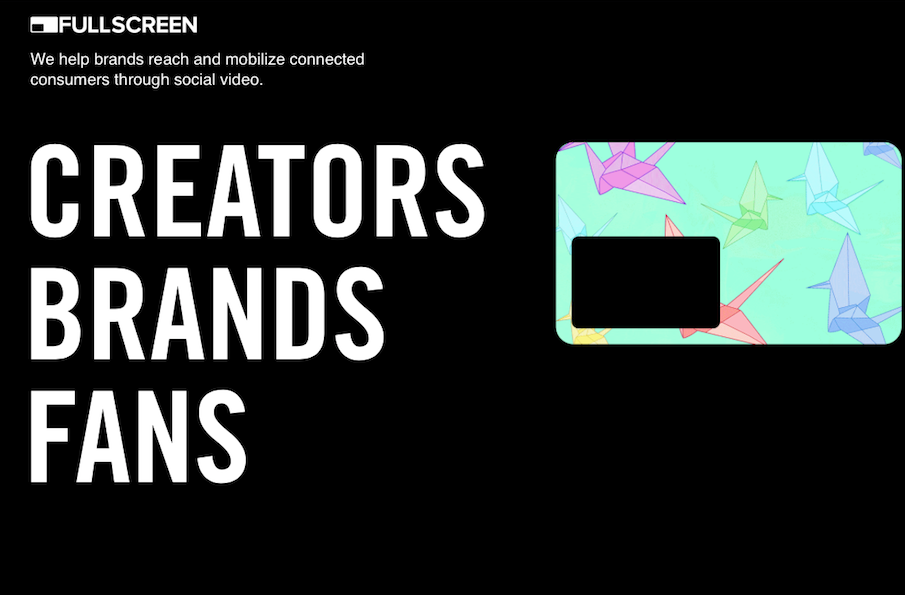 The global media company, majority owned by Otter Media, a partnership between AT&T and The Chernin Group, says that the watch-word for the new service will be ‘content meets community.’ The ad-free subscription service will feature scripted and unscripted originals, acquisitions and an exclusive slate from leading creators.

Fullscreen adds that the service has been built for audiences expecting immersive and engaging entertainment, from ‘gossipers and geeks to rebels and revolutionaries’. The company say that it will feature fresh content daily, including playlists from favourite creators, search by mood, social media content creation tools and more.

The service will target the 13 to 30-year-old audience, and will feature more than 800 hours of content and will be available anytime, anywhere at and via iPhone, iPad, select Android Phones and Chromecast for $4.99 per month, significantly cheaper than SVOD rivals Netflix or Amazon. The service will be available for global purchase at the same price point with over 90% of the original content and a large selection from the content library. Additional device support will roll out to other Internet-enabled devices later this year.

“This is for an audience that we know and love — a generation of young people that grew up with online video and social media. The phone is their primary screen and they look up to an entirely new breed of creators and stars,” explained Fullscreen founder and CEO George Strompolos. “We've created something special for them that feels more in tune with the way they want to experience great entertainment.”

Backing its subsidiary, AT&T has signed on as the premier launch sponsor for the new service and will collaborate with Fullscreen to market and promote the service with special offers. The two parties will also co-produce premium content that will air both on Fullscreen SVOD and on a Fullscreen programming block on AT&T’s AUDIENCE Network, available to DIRECTV and U-verse TV subscribers.

“Fullscreen SVOD is an important part of our entertainment strategy for this demographic and a great fit with our mobile, video and broadband services,” added John Stankey, CEO of AT&T Entertainment Group. “We’re pleased to be working with a proven leader in creating content for millennials that’s relevant, social and designed for viewing on mobile and other connected devices.”
Tweet