US millennials show huge appetite for SVOD | Media Analysis | Business | News | Rapid TV News
By continuing to use this site you consent to the use of cookies on your device as described in our privacy policy unless you have disabled them. You can change your cookie settings at any time but parts of our site will not function correctly without them. [Close]

The difference in TV habits between an 18-year-old and a 34-year-old in the US is often like night and day, research from Nielsen has concluded. 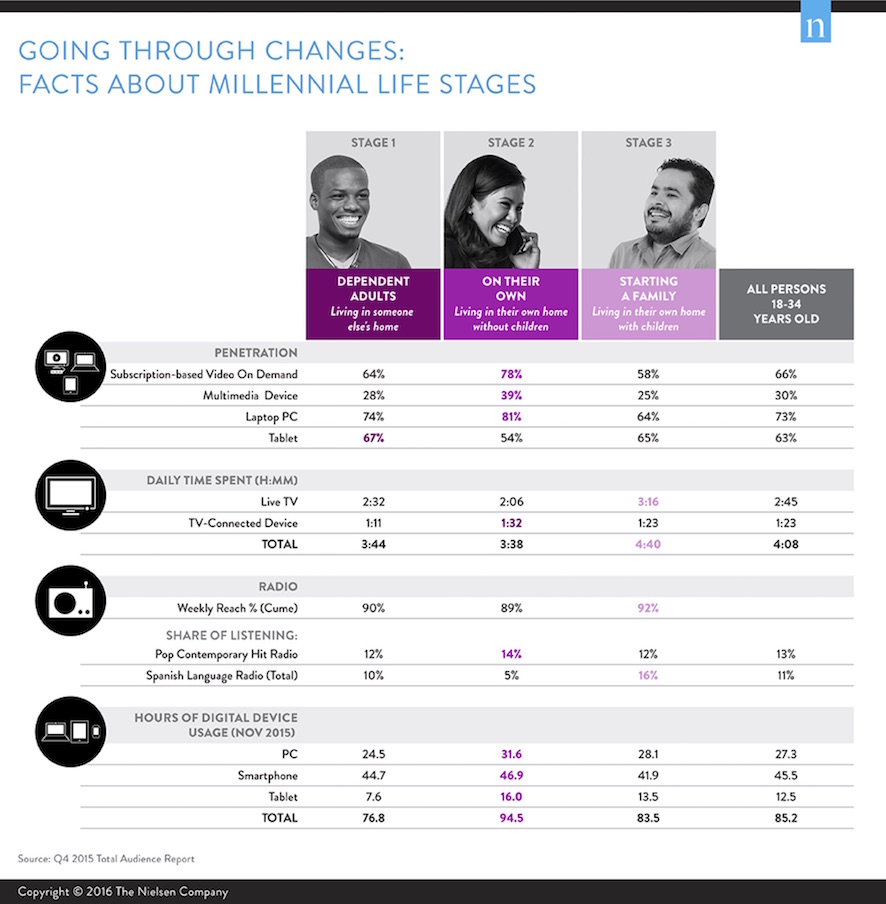 This former group were also found to be also more likely than any other millennial group to have multimedia devices, broadband Internet and laptop PCs.

Starting a Family Millennials were more likely to own DVRs (47%), DVD players (69%) and tablets (65%), the latter suggested the analyst was perhaps predicated on the presence of children in the home rather than income level. Penetration for all devices, including DVD players, tablets and multimedia devices, tends to be higher in high income homes.

When looking at insights surrounding the television screen, Nielsen’s Q4 2015 Total Audience Report found Dependent Adult Millennials watched a little less live TV than the average for all ages at two hours and 32 minutes. They also spend less time with television overall at about three hours and 44 minutes. Millennials who are On Their Own had the lowest penetration of traditional sources of video and tended to spend the most time outside the home to boot. As a result, they watch the least amount of live TV of the three life stage groups (two hours and six minutes).

At the same time, they have the highest penetration of multimedia devices and access to SVOD services and so spend the greatest amount of time with TV-connected devices and one hour and 32 minutes.